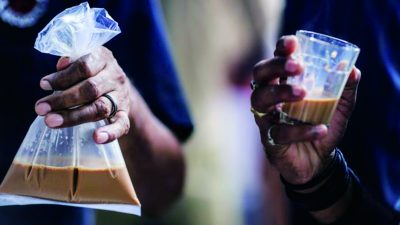 In his 73rd Independence Day address, Prime Minister Modi announced: “The time has come for people to say goodbye to single-use plastics.” Since then, the bureaucracy, institutions, and social activists have been singing the benefits of eliminating single-use plastic (SUP). However, in our haste to condemn single-use packaging, can we ignore its vital role as a market force?

The inevitable reaction to the clamor for the ban on single-use plastics has been skepticism and disbelief from the plastics and packaging industry. It is hard to imagine modern society without single-use plastics. It would need a fundamental transformation in the way we go about our daily lives. The way discussions have been going around in circles within the packaging industry reminds me of that famous song by Harry Belafonte, There’s a Hole in the Bucket, Dear Liza. To paraphrase the song, broadly:

There’s a hole in the bucket, dear Liza,

With what shall I fix it? Dear Liza,

With a straw dear Henry,

But the straw is too long, dear Liza

With what shall I cut it? Dear Liza,

With an axe, dear Henry,

The axe is too dull, dear Liza,

On what shall I sharpen it? Dear Liza,

On what shall I hone it? Dear Liza

On a stone, dear Henry,

But the stone is too dry, dear Liza,

With what shall I wet it? Dear Liza,

In what shall I fetch it? Dear Liza,

In a bucket, dear Henry,

There’s a hole in the bucket, dear Liza, a hole!

This seems to sum up the current situation quite accurately. The PM has a bucket-list of things that need to be done by the nation. Everyone knows what needs to be done. But few can see past the difficulties. Almost everyone knows how it cannot, and should not, be done. The holes in the bucket need to be plugged. But there appears to be a lack of determination, or conviction, and unified entrepreneurship.

In an apparent bid to emphasize the need for unified action across society for this purpose, the union minister for Environment, Forest & Climate Change, Prakash Javadekar added to the PM’s statement by saying that, “A massive public campaign will be launched engaging all stakeholders. A series of meetings will be held with all stakeholders, including state governments, to chalk out a concrete plan to make elimination of SUP a people’s campaign to realize the ultimate target.”

Swati Singh Sambyal and Dinesh Bandela writing in ‘Freedom from Single-Use Plastics: A Dream or an Achievable Target’ in the August 2019 issue of Down To Earth, stress the need to chalk out a “robust roadmap to achieve freedom from SUPs.” They underline the need to have a clear and accepted definition of SUPs which, “are often misunderstood to mean only polyethylene shopping bags.” However, this is not the case. According to Sambyal and Bandela, “The United Nations classifies single-use plastics as products that are commonly used for plastic packaging and include items intended to be used only once before they are thrown away or recycled. These include grocery bags, food packaging products, bottles, straws, containers, cups, and cutlery.”

The former union minister for Environment, Dr Harsh Vardhan is quoted in the article, “Our beloved prime minister Shri Modi ji has envisioned a new India by 2022; an India of our dreams, which shall be clean, poverty-free, corruption-free, terrorism-free, casteism-free and most of all – a global superpower. This India of our dreams shall also be single-use plastic-free. We make a solemn pledge that by 2022, we shall eliminate all single-use plastic from our beautiful country.”

Such statements, as well as social activism, have already prompted several states to enact local laws against the use of single-use plastic packaging. The courts have duly endorsed these laws. Such states – notably, Maharashtra, Tamil Nadu, and Himachal Pradesh – while putting well-intentioned restrictions in place are finding it difficult to enforce them due to the high cost of collecting consumer waste and recycling at proper facilities.

In this context, Nitin Pai, director, Takhsashila Institution (a center for public policy research) writing in The Print (Sep 2019) observes, “If India’s proposed ban on single-use plastics is successful, the benefit is that (while) we will reduce plastic pollution, it would be at the cost of worsening the cumulative environmental impact. Note that the Modi government’s plan goes beyond plastic bags and includes banning plastic cups, plates, and the use of plastic in packaging. It is inconceivable that the alternatives to plastic will be any less environmentally damaging. I do not think anyone has worked out the sheer numbers involved. Given the environmental stakes, the responsible thing to do – before announcing a nationwide ban on plastics – would be to conduct a robust scientific study of the impact of replacing the billions of items of plastic that Indians use every day.”

In another significant insight, Pai refers to the impact of the plastics ban on the poor of the country: “The burden of a plastic ban will disproportionately affect the poor. From milk and biscuit packets to toiletry sachets and plastic bags, the low cost of plastic packaging makes a number of essential goods accessible and affordable to the poor.

“Any increase in packaging costs will directly affect the disposable incomes of the poor. While your supermarket can well afford to charge you Rs 10 for the plastic bag, the fruit and vegetable vendor on the street cannot. At the margin, the additional friction and inconvenience of having to bring your own bag is likely to work against the small vendor.

“When we seek Western fads at Indian levels of income, the economic cost of our perceived moral rectitude will be borne by the poor. In a way, the ban on plastics is a disguised admission by the government that it has failed to put in place adequate garbage disposal mechanisms. So, that’s the place to start – get municipal governments to invest in waste management. The war on plastics should be, er, replaced with a war on plastic waste.”

The reference to “essential goods being made affordable to the poor” with the help of portion packs of milk and biscuits or sachets and plastic bags is very significant here. Professor CK Prahalad of Michigan University famously wrote about ‘The Fortune at the Bottom of the Pyramid.’ He identified the opportunity at the ‘bottom of the pyramid’ for corporations to innovatively respond to it. The characteristically Indian innovation of the ‘single-serve sachet’ is a celebrated market response. It offers compelling value to the poor.

Hundreds of branded products have, with the help of such sachets, found their way into the daily lives of the poor in India. For businesses, they help to penetrate new markets, and for the poor, offer a wider choice. Even poor consumers with uncertain incomes can afford to buy a single-use quantity of product. In this way, all sorts of FMCG products like shampoo, detergent, toothpaste, hair oil, or food products like cooking oil, snack food, tea, sauce, and jam are affordable equally for everyone.

But the ‘bad bag ban bandwagon’ marches on, as Stephen Carter, writing in The Print (Aug. 2019) terms it. Many people like to believe that if public packaging waste management compliance does not work, it must be forcefully imposed by a ban. As Carter observes, “If we can’t protect the environment without constantly reducing the scope of personal freedom, chances are we haven’t thought hard enough.”

Gradual reduction and recycling (or substitution) of single-use plastics suggests a more graded response to the mitigation of environmental degradation caused by it. It includes the aspirations of the low-income (BPL) groups also, which form a significant part of the Indian market landscape. As Sambyal and Bandela observe in their Down to Earth article, “Though the idea of restricting the inflow (of SUPs) by imposing a ban sounds good, the question on the economics, availability, and applicability of alternatives remains unanswered.”

Yes, the jury is out. Technology has yet to offer commercially viable alternatives to plastic-based multi-layered packaging and SUP single-serve sachets. Policy responses need to be calibrated keeping this in mind; a policy that makes us:

Sing a Song of Single-Use

The birds begin to sing!

(Indeed a dainty dish to be set before the King.)

What will the chai-wala do next?

If you are looking for a dip-stick indicator of the extent of the widespread use of single-use or disposables in the Indian economy, an excellent place to start may be by observing the roadside chai-wala. To his credit, the chai-wala has continued to evolve with his environment. A key indicator for this can be the way tea is served.

The ultimate eco-friendly earthen cup (kulhad) was popular till the 1960s and at one time, even briefly popularized by the Indian railways. It would be thrown away after single-use. Nowadays, it can sometimes be found in fashionable homes. Or, at events such as the Jaipur Literary Festival.

It was usually a tiny plain white cup (often chipped), which had to be washed and reused continuously.

These were tiny glass tumblers designed to take the knocks of repeated washes and being carried around by delivery boys on wire-cage holders. These glasses are now seen in fashionable retro tea cafes.

These were the thin wall, flimsy cups thermoformed from PP or PS sheets, often made from recycled plastic. Molded foam Styrene cups also appeared briefly. Heaps of these could be seen littering the landscape in cities.

Nowadays, paper cups have become the vogue in most chai-shops. They come in a surprisingly wide range of sizes. Made from HS coated paper-board, they are sometimes fluted to provide heat insulation as in airline catering.

For chai ‘on-the-go,’ the single-use LDPE bag takes in the hot-tea regardless of possible toxic migration. It is no doubt the most dangerous single-use but unavoidable for the BPL economy.

The road-side chai-wala has had to adapt his business to the economic environment. With the strictures on the use of SUP, how will he adapt once again? 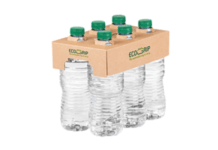