The Food Safety and Standards Authority of India (FSSAI) recently revealed plans to launch front-of-package (FoP) labeling in the country to curb the widespread consumption of junk food and assist users in choosing healthier alternatives. The front-of-package labeling is a nutritional marking system that involves the display of nutritional information of the food product(s) contained clearly at the front of the pack. FoP labeling practice has recently been adopted by many countries across the globe such as Chile and Brazil.

The Indian processed food market is said to be worth Rs 3,31,353 crore (approximately US$ 48 billion) and with a 24% year-on-year growth. (While the based figure is likely to be an underestimate, the growth figure is probably nominal including inflation.) Urbanization, globalization, affordability, marked rise in per capita income, evolving snacking habits due to the Covid-19 pandemic are cited as the primary reasons for both the fast growth and the increasing health concerns.

From the back to the front-of-package

According to the Food Safety and Standards (Packaging and Labeling) Regulations 2011 being practiced in our country, it is mandatory to provide nutritional data on a processed food package. This nutritional labeling of pre-packaged food items is done on the back or sides of the packet and excludes mention of salt content.

The FSSAI recently celebrated the 15th year of its formation and its chief executive officer Arun Singhal aired his concerns regarding the rising intake of junk food – resulting in obesity in children and adolescents across the country. The food regulatory body has contacted IIM Ahmedabad to research FoP labels in India. FoP labels endeavor to supply simple nutritional information in a more convenient position at the front of the package rather than the back or sides.

Singhal stated that the Indian food safety organization is adept at introducing FoP labels in the nation, which have become indispensable due to the skyrocketing figures for obesity and malnutrition among kids and teenagers in India. He also highlighted the benefits of FoP information systems, citing the adoption of FoP labeling systems by various countries that have observed a significant decline in the prevalence of these food-related afflictions.

He said that, “While there is a rise in demand for packaged food, there is a need to provide information in a simple way about the impact of packaged food on health so that consumers can make choices, adding, “The technical issues have been settled, but only one issue is left, that is, the nature of the FoP label. For this, IIM Ahmedabad has been asked to conduct a survey.’

Singhal concluded that IIM has initiated its study and the decisive norms will be formulated upon submission of the findings. 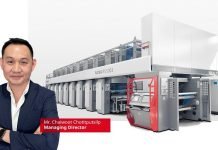 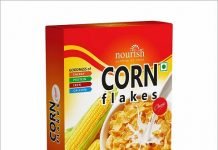 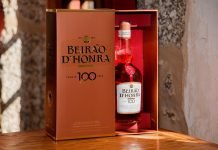