India’s agriculture ministry released its third advance estimate on 25 May 2021, for the 2020-21 June to July crop year – predicting a rise in various foodgrains such as rice, wheat, pulses, and coarse cereals to 305.43 million tons. The increase of 2.66% over the previous crop year is attributed to the good monsoon in the past year.

The previous year’s output of these food grains was 297.5 million tons, also a record. The Union Agriculture Minister Narendra Singh Tomar also credited the increase to farmers, scientists, and “to the central government’s policies.” No mention of the farmers’ protests for the past eight months, of course.

Data recorded for foodgrains production in the different crop year

However, the production of jute and mesta, which are together known as raw jute, is estimated to decrease slightly to 9.62 million bales (each bale is 180 kilograms) in the 2020-21 crop year, from 9.87 million bales last year.

The opportunity for the Indian food industry

The most significant opportunity to turn abundant solar energy into value in India is to produce food and agricultural produce. The government invests in the agriculture, foodgrain, meat and fish, and dairy industries through inter-ministerial programs and directly in various segments through the Ministry of Food Processing Industries, the Ministry of Agriculture and Farmers Welfare, and the Ministry of Fisheries, Animal Husbandry and Dairying.

To increase the value of this agricultural, animal husbandry and marine output, the food processing industry needs to gear up. The governance issues of the Mega Food Parks need to be looked into. The second aspect of realizing the value enhancement of the output is exports. Both these things have been known and understood by all governments for the past 70 years, but thus far, the overall results have not been what they should be – Indian exports of food products remains at US$ 33.51 billion (approximately Rs.243,000 crore).

There is a great deal to be done, and increasingly, the statistical work is improving, and the analyses and advice are not far behind. Even if the central and state governments cannot integrate and streamline their activity in this sphere, the entrepreneurs and quasi-public institutions are not waiting. They know that governments come and go, and the processes of modernity and industry have to continue to create value, wealth, and nutrition. 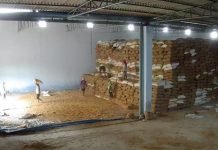 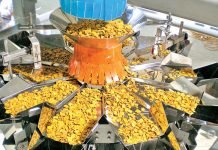 The politics of Mega Food Parks – big announcements every week 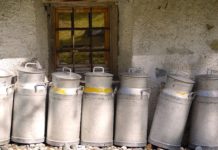 Government trying to increase milk processing up to 40%

Tata Sampann to launch the best selection of dry fruits