Indian spices have been coveted through the ages for their captivating taste, strong aroma, textures, and medicinal properties. In the late 15th century Vasco da Gama landed on the shores of Calicut (modern-day Kozhikode) to establish the Portuguese monopoly on black gold – the king of spices, the humble kali mirchi, or black pepper. The spice trade with the Portuguese on the Malabar coast continued for close to a century and proved to be so exceptionally profitable for Portugal that it is widely claimed that the majority of the country’s revenue came from the spice trade with the Indian subcontinent. The Portuguese spice monopoly ended with the intervention of the Dutch and British powers who took over the spice trade.

The Indian palate has seen a transformation thanks to globalization, rising incomes, urbanization, and the availability of hitherto exotic ingredients in India. It is not uncommon these days to come across youngsters pursuing their desire to prepare and present dishes from across the globe. From Thai curry powders in three colors, Japanese Wasabi, to African Peri Peri seasonings, spices and condiments for these elaborate dishes are available at your fingertips together with recipes on YouTube. With growing demand, Indian spice manufacturers are learning to market, upsell and premiumize spices for retail – in addition to their bulk B2B sales to the restaurant and food processing industry.

Culinary expert Rushina Munshaw Ghildiyal says, “Spices have seduced cooks and conquerors down the ages. Over time many culinary cultures evolved all-important and iconic spice blends for specific cuisines. India is home to so many spices and numerous spice blends. Alongside the demand for spices as commodities, specialty spice purveyors or masala wallas evolved as well, creating go-to masalas, and marketing them as that magical ‘secret ingredient,’ that would transform a dish.

“Innovating constantly to create new products to keep customers engaged, we are seeing masala brands reinventing themselves with new products and packaging to keep up with the post-pandemic consumer who is globally in sync with food trends, much more connected to their home kitchen and hands-on cooking, and wants to explore flavors like never before! Especially our regional cuisines.”

Retail spice companies such as Orika, Wingreens Farms, Keya, and Orco are changing the conventional delivery of their wares to offbeat and attractive jars (barnees) and ziplock packs to tempt the new generation of home chefs in their urban kitchens.

Paras Spices, the owner of the Orika retail spice brand, began as a spice store in Moga in Punjab. With a turnover of Rs 400 crore, it is a considerable player in the domestic and global B2B spice supply chain. Early on, it landed a contract for Nestle’s Maggi Masala – the benchmark of instant heat and eat packaged food in the country. It is a supplier to numerous Indian as well as international FMCG companies, food chains, and F&B businesses such as Domino’s, Dabur, McCain, and Haldirams along with leading hotel chains such as the Taj, Oberoi, and Eros.

A supplier of condiments since the early 1970s, Paras in 2018, disrupted the modern Indian spice bazaar with its premium Orika range of herbs, spice mixes, seasonings, and condiments with aesthetic and functional packaging. It saw the opportunity for a select spice and condiment brand that matches user expectations in terms of taste and flavor augmentation – in short for the aspiring cooks looking to create signature and exotic meals at home. Those who will personally shop for the best and purest ingredients – whether online or by visiting modern self-service hypermarkets.

Orika’s strong branding aims to break the traditional and stereotypical rectangular carton with a plastic pouch inside that is prevalent in the spice packaging industry. Its minimalistic pouch and jar packaging focus on a red or black backdrop, hues that are not conventionally employed in spice packaging, with its familiar O in the middle made with spice or seasoning visuals. The O is stylized on top to create the shape of a spoon taking out a generous helping of the masala packed in the pouch or dispenser.

The pouches have a transparent strip on the back for customers to see the actual product as they take it from the shelf. The sleek look with a ziplock has been designed to stay in consumer memory long after the first interaction, for the next time you cook, and to build a recall value for the brand that will urge you to experiment again.

In its various formats aimed at specific cuisines and use cases, the brand offers marinades including tandoori, smokey garlic, fiery chili, Amritsari, mixed spices like chicken, meat, rajma and chana masala, sambar masala, southern gunpowder, garam masala. Ready to use seasonings include Hyderabadi biryani, Schezuan mix, Italian, mint, and Peri Peri. Spices are exoticized by regions such as Egyptian basil, Kasoori methi leaves, and Himalayan parsley. Black pepper from Malabar, oregano, and thyme from Turkey, basil from Egypt, and parsley from the Himalayas – the geography is used to authenticate and make ordinary spices sound special and pure.

Orika has orchestrated a series of convenient formats for its spices, individual serving or dish sachets in jars, ziplock pouches for use, close, and reuse for the next gourmet exercise, and a novel self-cleaning sprinkler for the table. Predominantly available across North India – in retail chains such as Modern Bazaar, Rajmandir, Hypermart, Krishna Super Marche, Reliance, Spencers, Max Spar, and major eCommerce portals including Amazon, Jiomart, Foodhall, and Flipkart – the company aims to dominate the premium spice segment in the aspiring chef demographic who also fancy themselves as aesthetes. As Paras Budhiraja told us at the recent Fi Hi India 2021 exhibition, the plan in the coming years is to expand the company’s overall production which is already extensively exported, and to extend the reach of Orika retail spices to South India. 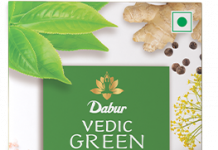 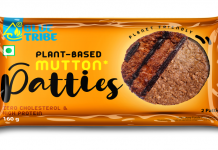 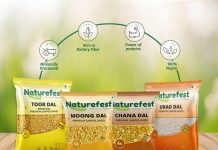 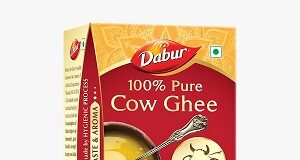