In 2020 there was a significant expansion of this food processing segment in India with eight out of 21 plant-based meat alternative startups launched in the 2019-20 financial year. Moreover, this was followed up during the first pandemic year (FY 2020-21) with five International and Indian companies entering the alternative meat segment.

An estimated 50 to 70% of the future forecast increase in protein demand globally, is expected to be driven by emerging markets such as India, China, and Southeast Asia. This demand is not only driven by the need for increased protein but also reflects the environmental implications of eating natural or processed animal-based meat. According to the food consumption forecast of one global organization, India will spend an estimated additional US$ 1.6 trillion by 2030 on aspirational and healthier foods. Another study (Ipsos) says that 63% of Indians are inclined to choose plant-based foods in place of meat.

Singh refers to a recent India-Sweden Agri-Food Tech webinar in which reports were cited indicating that 54% of the early adopters in India are familiar with plant-based meats and, presumably, 80% of these early adopters are ready to try them. In India, the plant-based market is expected to grow to US$ 650 to 700 million by 2025. Other studies suggest that the Indian plant-based protein market will be approximately 10% of the Asia Pacific market.

Investments in alternative protein companies have spiraled globally, reaching US$ 3 billion last year. The figure does not include recent developments such as the recent announcement by Buhler, Givaudan and Migros on setting up a new research center near Zurich in Europe. While both of these companies are active in India and Asia, the recent webinar announced a more specific and concrete development. The India-Sweden Smart Protein Corridor will provide startup support and venture capital investment, bilateral funding, and supply linkages between the two countries.

We have been writing about plant-based meat and laboratory-grown meat for the past two years. We were given samples of plant-based chicken tikka by a local manufacturer that we cooked and tried out about two years ago. Frankly, as a longtime meat, chicken, and fish eater, I was not convinced.

Then I was given some plant-based burgers (normally based on beef) from an American company called Beyond Meat. The Los Angeles-based producer of plant-based meat substitutes was founded in 2009 and its initial products were launched in the United States in 2012. The company offers plant-based options in the beef, pork, and poultry categories. As of March 2021, Beyond Meat products are available in approximately 118,000 retail and foodservice outlets in over 80 countries worldwide including India.

As advised by a friend who had tried it, we defrosted our Beyond Burgers for a couple of hours to bring them to room temperature and then we cooked them on a non-stick frying pan using butter. (Olive oil is also recommended.) Three to four minutes on each side did the trick, bringing them to a nice charred color. They were, frankly, surprisingly good.

Made from ingredients such as peas and brown rice and without GMOs or soy or gluten the Beyond Burger is claimed to have 35% less saturated fat and 35% less total fat than 80/20 ground beef and also more protein and iron. Coconut oil is one of the ingredients. The company also claims that it has fewer calories and no cholesterol compared to the typical ground beef burger. No antibiotics or hormones are used in its production.

Since we have eaten burgers in several well-known eateries over a good number of years we think that it will satisfy many if not all who crave the taste of a real burger. The Beyond Burger also sometimes labeled Beyond Beef scores on taste, although the texture is a bit more uniform and dense than the real thing. The price is currently high at Rs 500 per burger (more than twice what it is in the US) – compared to Rs 150 to 200 per mutton burger made of an equivalent weight made at home.

The Beyond Meat burgers are not healthy food – their only claim is that they are vegan – plant-based protein that taste like beef burgers. Real beef burgers are also not healthy – apart from the fact that they would be banned in some parts of India. The difference is that the plant-based protein point to a future of protein consumption that is healthier for the environment, given that meat production that supplies 33% of the protein in the US market, takes up 75% of agricultural land in that country. 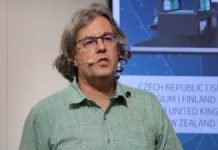 MMS and Bühler partnership to drive the next generation of meat...