The 9th Elite Conference in Mumbai on the 5th and 6th of September 2022 was another significant step in the evolutionary progress of our society and industry. For those among the 1,400 film producers, converters, recyclers, suppliers, and experts that were privileged to attend, it will be a challenge to get more from any two days of their working life. The confluence of the leading Indian manufacturers, converters, and the leading technology, consumable, and solutions suppliers globally has taken the issues of industry sustainability in terms of profit and viability and the environmental sustainability of flexible packaging further along the road from the general to the specific.

That there is no consensus on every issue is a testament to our political and industrial democracy. However, this do-as-you-please (ultra-democratic) environment presents a greater burden on the industry leaders to push its solutions and influence the government in the right direction. Every speaker and most of the participants in the discussions were responsible business leaders and did not agree on everything.

Sanjay Gupta of the DS Group (both a brand owner and a converter) said the enactment of the single-use plastic ordinance on 1 July 2022 was hasty and not well thought out. The implication is that it might be self-defeating. This was coming from a company that is keen to be green and already uses rPET in some of its containers.

Nevertheless, for many of the other speakers, the ban on single-use plastics is a milestone in the progress of the Plastic Waste Management rules in the country – a signal that the Indian government is aware of its responsibility to its citizens, the environment, and its global commitments on climate change. The supporters of the ban on single-use plastics acknowledge that it is not a perfect solution, but they are encouraged and hopeful that government is ready to make unpalatable regulations and that it will understand the complexity of the solutions sooner or later.

There is an overwhelming feeling in the industry that only government regulation can push both industry and society into the appropriate behaviors needed for there to be any future at all. Yet, the conference session after session presented positive actions and solutions by the brand owners, flexible film and packaging manufacturers, and suppliers to reduce energy and waste and enable the collection, sorting, and recycling of plastic materials.

Collection and sorting must precede recycling

On the first morning of the 9th Elite Conference, there were five keynotes, and each was interesting; we will circle back to these in subsequent articles. But in this first overview article, one must discuss the elephant in the room, especially the word ‘sustainability’ which was likened to the elephant, suggesting that its meaning or the required actions are as varied to its numerous proponents as the descriptions of the blind men in the fable. The multiplicity of the keynotes and discussions refined the meaning of sustainability because it presented the perspectives of brand owners, converters, and suppliers.

However, another elephant in the room or the deliberations is the argument of monopolymer versus mixed polymer laminates – as less or more recyclable. Ashok Chaturvedi, the chairman of Uflex, is a frank and assertive proponent of the recyclability of mixed polymer laminates. In his keynote, he was clear that the answer to environmental problems is not monomers but the collection, sorting, and recycling of waste plastic.

His company Uflex has been an acknowledged user of pyrolysis for a long time, although in his talk, he admitted that for several reasons, including the unavailability of plastic waste feedstock, the project has been a failure and economically unviable. Moreover, what he brought to the table was his continuous investigation of waste collection, sorting, and recycling. With a close look at a waste collection and sorting plant in Poland, he described the universal problem of the unavailability of plastic feedstock. He has backed his views with an investment in a waste sorting plant in Poland to be commissioned in October-November and another in Mexico to be established by the end of 2022. He said, “The plant in Mexico will have a positive EBITDA.” These are both countries in which UFlex produces packaging films.

Chaturvedi’s argument seems to be that the talk of monomer materials is not the answer but that the priority is the collection, sorting, and recycling – whether mechanical or chemical of plastic waste, including mixed laminates. This important discussion repeatedly arose in a conference that, to some extent, championed monopolymer materials and especially PE, BOPE, or MOPE films as the most easily recyclable solutions for sustainable flexible packaging.

We will attempt to cover many important discussions of strategy and technology at the 9th Elite Conference in subsequent articles. In this first article, I will merely mention two other points that we will come back to later – the viability and lack of margins among Indian flexible packaging converters, highlighted by both Mohamed Nadeem of Paharpur3P and Sanjay Gupta of the DS Group, and also discussed by RS Sodhi of Amul. They questioned what the priority of sustainability is. Sodhi asked, “What is sustainability for a nation? Is it not full stomachs and full employment? Sustainability starts when stomachs are full!”

This is by no means a comprehensive discussion of the conference, but we will attempt to reiterate some of the discussions and solutions, including the technical insights. One had to be there to experience the evolution of ideas and actions that have taken place over the last few conferences in the past six or seven years. There is an existential change, motion, and development in the Indian flexible packaging industry, perhaps one of the fastest growing in the world. And as several speakers and participants said, “It has to happen, it’s up to us, and we will have to collaborate because the solutions are complex and require it.” 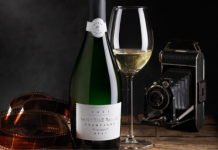 Fedrigoni offers a range of self-adhesives to alcohol market 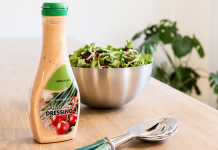 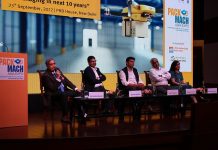 Packaging in the next decade – trends and needs 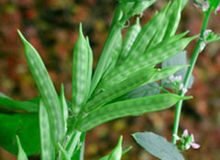 TechnoServe gets Award for role in sustainable guar initiative