On a recent visit to Printotech, a leading manufacturer of both lami and seamless tubes for the cosmetic, FMCG, and pharma sectors, we learned about its construction of two new factories in Greater Noida. Printotech is already among the top five tube manufacturers in India. The current expansion plan is to transition it from a well-run and successful family-owned and run company into a faster-growing, organized, and structured organization with professional management.

Printotech currently has three tube manufacturing plants – the headquarter plant in Greater Noida, a plant in Guwahati in Eastern India added in 2017, and the latest in Baddi in Himachal Pradesh opened earlier this year. These multilocation plants are part of a grand plan under execution, which is currently completing the construction of the two new factories in Greater Noida. The new purpose-built plants will allow the company to bring all the tube making and decorating processes under its control in modern premises with the latest technology. The two new plants and equipment entailing a Capex of approximately Rs. 30 to 35 crore (Euro 4 million) will expand Printotech Global’s capacity appreciably.
While the company makes both ABL and plastic barrier tubes, the expansion is focused on the higher value soft-squeeze co-extruded seamless tubes with metallic decoration that are needed for the fast-growing luxury segments, including cosmetics. The increase in capacity by 24 million seamless tubes will take the company’s capability from 48 million to 72 million seamless tubes. The viability and expectation of growth stem from higher value addition with new and automated hybrid decoration technologies.

The two new plants nearing completion and planned to be commissioned by Q1 of FY 2021-22 are seen as companion plants with the larger 5,000 square meter (55,000 square foot) built-up space housing the significant expansion in seamless lamitubes. In addition to the current lines, this plant will contain several new generation machines being imported for extrusion, heading, and decoration. The significant expansion includes an extrusion line from BREYER, compression heading equipment from AISA, and hybrid printing equipment from ISIMAT. This larger of the two new plants will also contain the current lamitube manufacturing lines with a capacity of 312 million tubes.

The second new plant, which is also nearly complete, will contain the injection molding equipment for caps and closures and the laminated tube letterpress and/or flexo printing machines. The new investments also include comprehensive in-house material testing and quality control labs.

Printotech Global is already a supplier to leading brand owners and one of the larger laminated tube manufacturers in the country. It has several creditable firsts, such as PBL lip balm tubes and laminated super oval tubes, which it claims as a world first. The super oval tube is produced for Godrej Consumer Products for its Cinthol Deostick brand. The company’s clients include many personal care brands such as Himalaya Drugs, Hindustan Unilever, P&G, Emami, Joy Cosmetics, and Fabindia. Among the export clients, pharma seems to predominate with Leeford, Invida, Cipla, Laborate, and EastWest pharma.

The Printotech Global expansion and investment in new plants and equipment is happening side by side with the building of a new management team of experienced management and production professionals. From what one has seen, these professionals, although experienced, are also relatively young. And from what one can make out, the owners of Printotech Global and the new management team are looking at the new plants in Noida to add about Rs. 50 crore to the company’s current turnover and as a pointer to even greater expectations. 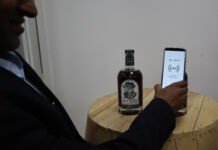