In April, May, and June, we spoke with anxiety to both label converters and label equipment and consumable suppliers. We received various responses from those who got essential service permits right at the start in April for partial opening of their plants because they produced food and pharma labels. Others waited till conditions improved before opening up. Some received permission quickly while others in the same industrial areas made several trips to the authorities.

The information was and remains mostly anecdotal, but now five months since the lockdown was initiated and more than six weeks after it was lifted in phases, we look at the label industry again. The food, pharma, and related packaging and label industries have been producing since the lockdown, at first minimally with special permits, but gradually at capacities above 50% since mid-July.

There have been constraints with logistics and some raw materials, but labelstock has been available. Converters have understood the benefits of having strong local labelstock manufacturers such as SMI and others. Simultaneously, Avery Dennison, because of its significant business and experience in China at the outset of Covid-19, was forewarned of the challenges and prepared for the lockdown.

The sanitizer business has come up in every conversation with reports that many industrial and alcoholic beverage manufacturers switched to making these and generated high label demand for this product until mid-August but has since started to taper off. The larger and branded sanitizer manufacturers are surviving and doing well. Still, many smaller players who entered this market are stuck with raw materials and packaging accessories, such as imported spray pumps bought at exorbitant prices. The sanitizer story thus has been a double-edged sword.

There has been significant interest in digital label presses since the number of short runs have increased, often to as low as two to four thousand labels at a time. However, this has not led to any digital press sales, although those previously ordered were installed during and after the lockdown. As a couple of companies have said to us, label presses are not bought overnight and are generally mid-term decisions. Apart from adding needed or anticipated capacity, the more prominent players find it hard to overlook the depreciation on the CAPEX.

As far as to label press sales and installations, apart from the disruption in April and May, the new normal is just like the old normal. A few machines may have been delayed or orders held in abeyance but installations took place from June onwards. Label press sales may have been a bit slower but are on. Web calls and Zoom has worked for press sales in India with some notable successes. The preference for Indian manufactured presses by Multitech Aids and Nilpeter India has been gaining ground for the past few years.

Multitec has done well in the past months with six presses sales locally and notably with two presses remotely installed using remote cameras by the customer’s engineers. One of these is notable because it was the remote installation of a Multitec 450 mm-wide S1 8-color press with autoregister controls sent to an Israeli customer in July.

Guided by remote internet access and video cameras, including one that was hand-held, the customer’s engineering team installed the press, which it says is “running beautifully.” The customer sent a letter of appreciation thanking Multitec for the 24/7 hand-holding during installation. And for the knowledge of its engineers of every part and screw that went into it. The second remote installation by Multitec took place in Dehra Dun.

The margin and price levels in the Indian label industry remain at rock bottom and hardly at sustainable or viable levels. While the larger label converters are often accused of hypercompetitive prices since they have to keep their battery of machines running, there is some news that they finally see the need to increase prices, which will be difficult. 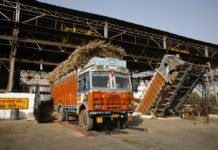 IppStar Survey – recovery in the times of Covid-19 extended to...