Established in 1986, Ruchi Soya is one of the largest edible oilseed extraction and refining companies in India. However, in December 2017, Ruchi Soya Industries entered the corporate insolvency resolution process because of its total debt of around Rs 12,000 crore, which included over Rs 9,345 crore to financial creditors and another Rs 2,750 crore to operational creditors. The company has many manufacturing plants with leading brands in cooking oil and soya foods categories – Nutrela, Mahakosh, Sunrich, Ruchi Star and Ruchi Gold.

Shailendra Ajmera was appointed as resolution professional (RP) to manage the affairs of Ruch Soya and undertake the insolvency proceedings. Adani Wilmar, a branded edible oil player, was the preferred bidder for Ruchi Soya with a higher bid of Rs 5,500 crore, followed by Patanjali Ayurveda with a bid of Rs 4,160. In December 2018, Adani Wilmar wrote a letter to the resolution professional and lenders to Ruchi Soya withdrawing its offer and stating that a delay in closing the insolvency process was causing deterioration of the asset. The letter also mentioned that the delay was detrimental to the interest of stakeholders.

The Committee of Creditors (CoC) had approved Adani Wilmar’s resolution plan in August 2018, but Patanjali challenged the bidding process with an argument stating that the process violates Section 29 (A) of the Insolvency and Bankruptcy Code (IBC)–; it deals with related-party provisioning and aims to prevent defaulting promoters from taking back their companies.

Following this, Patanjali Ayurveda – the only other bidder – expressed its interest in matching Adani Wilmar’s bid. After Adani Wilmar’s exit, Patanjali increased its bid from Rs 4,160 crore to Rs 4,350 crore.

According to reports in the financial press, Patanjali proposed a resolution plan, which mentions that out of Rs 4,350 crore, a sum of Rs 4,235 crore will be paid to different classes of creditors while the remaining Rs 115 crore will be used for improving the operations of Ruchi Soya. In April, the resolution plan was already approved by the CoC with 96% of votes.

NCLT said in its order dated 24 July 2019 that the bankruptcy tribunal has approved Patanjali’s resolution plan, but it is subject to certain conditions and modifications. Its tribunal is seeking clarity on the source of about Rs 600 crore (which was part of the bid amount) before the next hearing on 1 August 2019. Whereas the counsel for Patanjali reiterated that Rs 600 crore of the Rs 4,350 crore fund would be met through internal accruals, no detailed break-up was provided.

Ruchi Soya’s wide brand portfolio and exports are expected to fit well into Patanjali’s growth vision as the company plans for expansion in West Asia and the US in the near future. 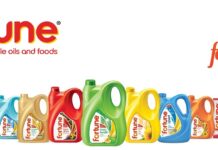 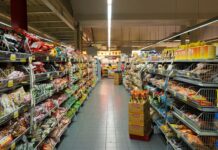 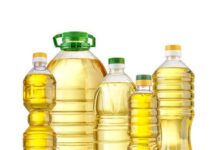 Evaluating CAPEX and OPEX for your next PET packaging line for...