Fermented milk-based foods such as curd (dahi), lassi, and foods that contain lactic acid bacteria are an integral part of the Indian diet. However, they have often been confused with probiotics, although the two categories are very different. While traditional fermented foods give us nutrition, probiotics contain scientifically tested bacteria that reach the intestine alive in large numbers to improve intestinal health for better digestion of food and absorption of nutrients. Both are, therefore, an essential part of the daily diet for maintaining good health.

Yakult, a probiotic fermented milk drink, was launched in Japan in 1935. Yakult, with the unique probiotic – Lactobacillus casei strain Shirota, is a global leader in probiotics. The product is becoming increasingly popular in India for its health benefits. Since anyone above the age of one can consume it, it has become a part of breakfast in many households.

Dr Neerja Hajela, head – Science and Regulatory Affairs at Yakult Danone India, speaks about its launch in the Indian market, “It has a lot to do with Intestinal health. In the early 1900s, Japan was facing a health crisis with a lot of people, including children and the elderly suffering from infectious diseases like cholera, diarrhea, and dysentery. Health care was expensive and often not available. People therefore resorted to food for improvement of health and functional foods for improving health, and reducing the risk of diseases became an important part of the diet.” 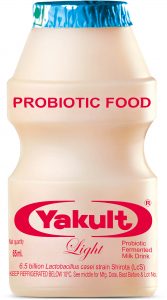 Dr Minoru Shirota, a Japanese Microbiologist at Kyoto University and the founder of Yakult, believed that health could be improved significantly by improving intestinal health. His philosophy, which is also known as Shirota-ism, rests on two fundamental pillars – “A healthy intestine leads to a long life,” and “prevention is better than cure.” In his quest to improve the intestinal health of the Japanese population, he isolated an intestine friendly probiotic bacteria Lactobacillus casei strain (Shirota). It is unique in its ability to reach the gut alive and decrease harmful disease-causing bacteria, improve intestinal health, and strengthen immunity since about 70% of the body’s immunity is found in the intestine. He used this bacterium to make the probiotic fermented Yakult milk drink, launched in Japan in 1935. Yakult’s success means that 40 million people across 40 countries and regions consume it every day for its health benefits.

Yakult in India is produced at a state-of-the-art ISO 9001:2015, OHSAS 18001:2007, and HACCP certified factory in Sonipat, which is in the Delhi NCR, in Haryana. The plant is designed and constructed on an 8-acre plot to international standards. 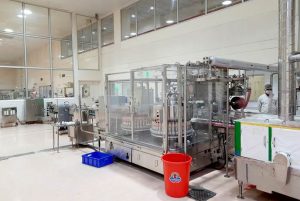 Speaking about the factory, Dr. Hajela adds, “We ensure stringent quality control during the production of Yakult with absolutely no human touch. Several tests are conducted right from the raw material to the end product to ensure that the highest quality product reaches the consumer. Since the product requires a cold chain, our refrigerated trucks carry the product to the sales centers. Moreover, our distribution channels ensure that the product quality is not compromised in any way.”

Explaining the benefits of Yakult, she said, “Every bottle of Yakult contains approximately 6.5 billion of the beneficial probiotic strain – Lactobacillus casei strain Shirota. The product has a scientific heritage of more than 80 years and backed by more than 100 human studies, including a large community-based study conducted in India. According to the study conducted by the National Institute of Cholera and Enteric Diseases (NICED) in Kolkata, the consumption of Yakult for 12 weeks reduced the incidence of diarrhea in children (1 to 5 years) by 14%.

This could hugely benefit a country like India, where 3 lakh children in this age group die because of diarrhea every year. Other studies across the globe suggest that regular consumption of Yakult reduces the discomfort caused due to constipation, diarrhea, upper respiratory tract infections, allergies, and helps reduce the risk of some types of cancers. Two recent studies have shown that regular consumption of Yakult reduced stress in medical students by decreasing their stress hormone, cortisol.”

Dr. Hajela cautions that Yakult needs to be stored under refrigerated conditions as it contains live bacteria that need to be maintained both in number and quality. However, keeping it out for several hours, especially in winters, is not a problem and will not affect the quality.

“People often fail to understand the need for Yakult, and therefore education becomes essential. We engage in a 360 degrees education program and start young with school students and then take the education further to college students, nutritionists, and medical professionals. As people begin to understand the benefits of Yakult, they make it a part of their diet and are pleased with the improvement they experience in their overall health,” she continues.

To educate consumers about its benefits, Yakult has a unique home delivery system. With more than 80,000 Yakult ladies globally, and more than 250 in India, this unique system focuses on women’s empowerment and by training them to serve as ambassadors of good health to propagate the health benefits of Yakult among consumers.

Dr. Hajela concludes, “We are certain that our corporate philosophy of bringing health and happiness to people across the world will be realized in India as well, where the need for a probiotic as an integral part of the diet is the greatest.” 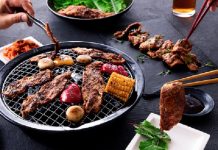 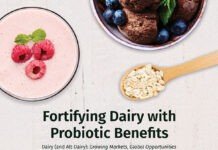 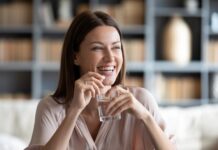