According to an international trade body, plans for new holographic tax stamps in Asia show that technology continues to be an effective device in the battle to secure global alcohol revenues.

The International Hologram Manufacturers Association (IHMA) was commenting on moves by Goa and Rajasthan in India to introduce a new excise policy for 2020-21, which will feature holographic tax stamps as a central plank of measures to protect alcohol revenues.

According to the press statement, this would bring the total number of states in India adopting tax stamps to 25 as the country continues to fight the criminals who trade in illicit alcohol across the Asia subcontinent.

Excise duty on alcohol is a critical source of government revenue while offering a way of controlling and limiting consumption, says the IHMA.

However, illicit smuggling and counterfeiting cost treasuries billions of dollars a year in lost revenue. And the cost is not just a financial one affecting governments – drinks manufacturers can see brands tarnished, revenues tumble and market capitalization dented through the counterfeiting of their products.

In Goa, which currently has no alcohol tax stamps, liquor prices have risen 50% since April 2020, as have excise duties on Indian foreign liquor sales. There, officials are finalizing proposals to introduce a holographic tax stamp, which will be applied to each bottle of alcohol to assist in the authentication.

In northwest India, Rajasthan state is planning to re-introduce alcohol excise stamps after a ten-year absence in a move to tackle concerns over increases in inter-state smuggling and sales of illicit liquor.

Tax stamps serve two purposes, according to the IHMA. One is to provide a record of payment of tax while the other is to provide evidence that the stamp – and hence the product to which it is affixed – is genuine.

Paul Dunn, chair of the global trade body, said it’s clear that the news from India shows that governments and agencies worldwide continue to rely on and value holograms as an effective, reliable, and dynamic security solution.

“It’s apparent that the benefits of holographic-based tax stamp programs are welcomed by both suppliers of components, products and systems to the drinks sector and officials with responsibility for securing tax revenues,” he said.

“While holographic tax stamps are widely accepted and effective authentication devices, there is no better opportunity during the current pandemic for governments and treasuries to act decisively to secure alcohol excise revenues by continuing to use the technology as an integral part of their strategies.”

The use of well-designed and properly deployed authentication solutions, as advocated by the ISO12931 standard, enables examiners to verify a legitimate product’s authenticity, differentiating it from fake products coming from counterfeiting hot spots in Asia and eastern Europe. Even those that carry a ‘fake’ authentication feature can be distinguished from the genuine item if that item carries a carefully thought-out authentication solution. 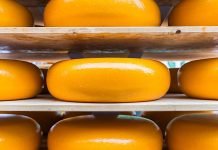 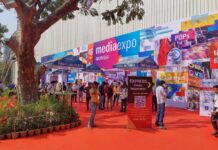 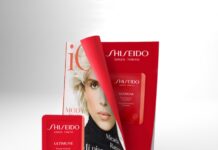