The new retro-inspired logo uses natural colours inspired by real food. The brown
and red logo is representative of ‘rounded, bold and yummy’ food provided by the
brand, which is devoid of artificial preservatives and coloring. The blue curve, part of the logo since 1999, has been eliminated. The fresh Burger King logo uses an in-
house developed font ‘Flame’ with rounded edges. Everything is round like much of the Burger King menu.

The new logo pays tribute to the heritage of the brand and depicts elements of
previous logos. The restaurant chain described the new logo as a ‘minimalist logo’
that ‘seamlessly meets the brand evolution of the times.’

The upgrade of the visual identity is meant to help signal to customers that Burger
King is a brand that is evolving, Restaurant Brands International chief marketing
officer Fernando Machado said in a press statement. The fast-food enterprise is
offering new experiences in food quality in terms of healthier options.

Customers visiting Burger King restaurants would soon meet the new packaging
that incorporates natural hues of brown, red, and green. The packaging would also
display ‘playful illustrations of ingredients,’ while using superlatives like ‘tasty’ and
‘crispy to describe its mostly traditional food.

The company unveiled its new look on its social media channels on Thursday, 7
January 2021, and gathered mixed a response from its fans and followers. While
the new package induced feelings of nostalgia in many, some took the digital route
to express their dissatisfaction with the overhaul.

Designers have so far commented favorably on the rebranding and called it a flat
design party for the digital age with personality. Similar to 1969 original has
been called juicy, plump, and squidgy too. The rebrand is by the Jones Knowles
Richie agency.

Watch out for the monogram logo, which flashes up here (Image credit: Burger
King Corporation)
The new logo (complete with a genius monogram iteration, see it above) feels
familiar because it is so similar to the 1969 original. The Burger King name is once
again simply sandwiched between the two halves of the burger bun, with the blue
swish nowhere to be seen. But it feels fresh, too, and that’s mostly down to the
juicy new typeface, which is as plump and squidgy as you want your burger to be.

Burger King India is the national master franchisee of the US-headquartered Burger
King Corporation, a subsidiary of the Restaurant Brands Internationl The Indian
franchisee has so far opened 268 restaurants in the past five years including nine
that are sub-franchised.

50% of its restaurants are in North India followed by the southern and western
parts of the country. More than half of the restaurants are in malls, about a quarter
in what are called high street locations. Another 15% are drive through outlets and
5% are in metro and train stations. The company plans to take its outlets to a total
of 700 by December 2026.

The company issued an initial public offering on the Indian stock market in the
beginning of December 2020. Issued at Rs. 60, the stock price zoomed to Rs. 213
and a market cap of Rs. 8,363 crore within four days of its listing on 14 December.
However, the stock price has moderated and is currently, on 25 January 2021 at Rs
135.20. 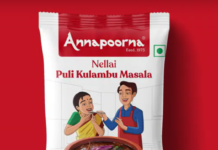