Mondelez India unveiled its special limited-edition Cadbury Unity Bar to celebrate India’s spirit on 74th Independence Day. This Cadbury bar is a combination of dark, blended, milk, and white chocolate united in one bar. According to the company, it epitomizes the common sweetness that defines us in India, even during the not so sweet and challenging times. It celebrates our Unity in Adversity – showcasing the inherent sweetness in every Indian that has united us during these tough times.

Anil Viswanathan, director – Marketing (Chocolates), Insights & Analytics, Mondelez India, said, “We understand the role our brands play in people’s lives as we continue to spread the message of generosity and goodness. The focus of the Unity Bar this year is on all Indians and the intrinsic sweetness that brings us together despite external adversity. The concept is a celebration of our shared sweetness – shared during not so sweet times among the country’s diverse citizens.”

Commenting on behalf of the creative agency behind Unity Bar, Sukesh Nayak, chief creative officer, Ogilvy India, said, “The brief was simple – how do we express a common sentiment of a billion people? The theme beautifully personifies the shared characteristics of people that are united because of their sweetness. The work has been designed for multiple platforms and will be led by video and static pieces.”

To further spread the message of generosity and goodness, Mondelez India has also committed all the proceeds from the sale of the Cadbury Unity Bar to the India FoodBanking Network (IFBN) – donating chocolate bars equivalent to the total proceeds to those in need.

Bringing back its popular composition

The launch of the Cadbury Unity Bar is supported by an engaging digital activation, print advertisements, and a heart-warming new film. The brand is also bringing back its popular composition of ‘Kuch Khaas Hai, Hum Sabhi Mein’ to this campaign, which truly reflects the sentiment and feeling of the people in current times.

The limited-edition Cadbury Unity Bar is priced at Rs 200 and is available exclusively on Flipkart starting 14 August 2020.

Headquartered in Mumbai, the company has sales offices in New Delhi, Mumbai, Kolkata and Chennai and manufacturing facilities at Maharashtra, Madhya Pradesh, Himachal Pradesh, and Andhra Pradesh, in addition to a global Research & Development Technical Centre and Global Business Hub in Maharashtra and a vast distribution network across the country. 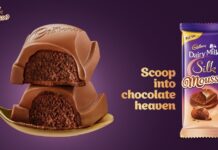 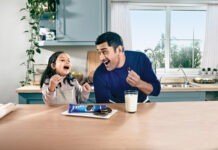 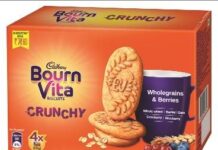