Nestlé has committed to serving its employees with more climate-friendly foods through the Cool Food Pledge, a growing movement of workplaces, cities, hotels, hospitals, and restaurants aiming to cut food-related greenhouse gas emissions by 25% 2030.

With around 300 000 employees around the world, Nestlé serves an estimated 50 million meals a year at its sites. There is already an emphasis at the company on using local produce and increasing plant-based options.

Nestlé will deliver reductions in food-related greenhouse gas emissions through diversifying menus, raising employee awareness about food choices, and improving internal understanding of what ingredients to use in meals and snacks. The company will also work with suppliers and customers to encourage them to adopt such practices in their operations.

The pledge forms part of Nestlé’s broader commitment to achieving net-zero greenhouse gas emissions from farm to fork by 2050.

Preliminary data indicate that if current pledge signatories collectively hit the 25% reduction target by 2030, they will avoid more than 1 million tons CO2e of food-related GHG emissions annually, which is equivalent to taking more than 230,000 cars off the road. 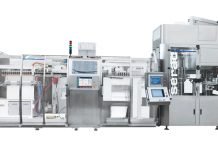 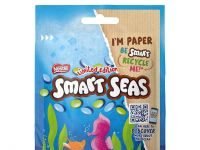 Nestlé dives into the sea for latest Smarties campaign 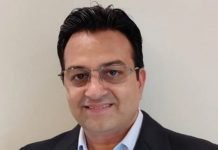