Rational – the world market and technology leader in the field of hot food preparation for professional kitchens announced an investment of several million euros for the Indian market. The company aggressively plans to tap the growing hospitality and start-up sector and make its presence stronger in its current markets. The investment will be utilized over the next five years in expanding the team, acquiring clients, strengthening after-sales service, and creating infrastructure. The company also announced the opening of a new office in India, which will help strengthen the company’s ability to expand its operations in the Indian market.

Headquartered in Germany, close to Munich, Rational manufactures the combi-steamer equipment called SelfCookingCenter, which is used in commercial kitchens. The equipment is known for its multitasking capabilities like grilling, roasting, baking, steaming food, all within a space of less than about 1 square meters. It even helps in reducing the workloads in commercial kitchens as it cooks quickly, it’s easy to use, it delivers consistent food quality, and also saves time, money, and energy in the process.

Rational India, a full-fledged subsidiary operating in India since 2010, currently has an employee strength of over 30 people situated across the country and caters to well-known clients from the hospitality sector like Oberoi Hotels, as well as QSRs like Nando’s and leading caterers like Sodexo amongst many others. The company already has a strong position in all vital metro markets of India and looks forward to consolidating further in these markets.

In India, Rational has experienced exponential growth over the years since its inception in 2010. Its strong team in India is currently headed by Vikram Goel, who has managed to position the company as a market leader in the combi-oven category in the country. With its right strategy and efforts, the company has successfully replicated the global market share of over 50% in the Indian domain as well.

Ten thousand square feet new office located in Gurgaon comprises of state-of-the-art experiential zones for its customers in the form of two test kitchens and a demo café which are equipped with Rational combi-steamers. Potential customers can visit the office and get the first-hand experience of the SelfCookingCenter during the Rational CookingLive events. The experiential zones and the demo café will help the customers make the right decision for their smart kitchen requirements.

Speaking on the occasion, Vikram Goel, managing director, Rational International India said, “By antecedent building the largest support team and infrastructure for its customers in the country, Rational with its global philosophy of the customer, the benefit is already recognized as one of the strongest brand and product in the commercial kitchen industry in India. Testimony to this is that brand Rational has become top of mind brand in the combi-steamer category. Due to Rational’s consistent market awareness efforts, the combi-steamer has now become an integral part of all existing and upcoming commercial kitchens. We are in the Indian market for ten years, and now with our new office and state-of-the-art demo kitchens, we are setting a new milestone in the market and strengthening our support for it”. 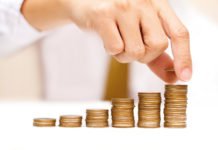