Indulgence is regarded as highly important to the average German consumer and in surveys, these consumers generally respond more positively than other nationalities to the concept of treating themselves. A new Innova Market Insights report on the savory snacks market in Germany reveals that indulgence claims are the single most important influence on consumers’ snack purchase decisions, named by more than a quarter of respondents. This puts indulgence ahead of naturalness and health issues when it comes to choosing snacks.

New product development (NPD) in Germany reflects a growing emphasis on balance, however, with indulgent choices now having to share more shelf space with an expanding range of healthier snacks. For example, popcorn has gained ground rapidly within NPD, with launch numbers at a CAGR of 21% over 2015-2019 to reach a share of 7% of all snack launches. Popcorn can deliver indulgence through diverse flavor choices, but it is also benefiting from a healthier profile compared with more traditional snacks, such as potato chips. The latter still accounts for around a fifth of all snacks launches but have demonstrated an annual decline in introductions since 2015.

Stronger and more direct health claims remain relatively limited in the German snacks market, but some areas are drawing attention. Claims related to protein contents have seen particularly rapid expansion, for example, reaching penetration of 6% of all snack launches in 2019, with this share having risen at a CAGR of 51% since 2015. Plant-based snacks are also starting to attract more attention by German innovators, although there is still a long way to go to match the NPD levels seen in the US and the UK.

Balance appears to be the key in German salty snacks development, with a market that is seemingly polarized between indulgence and healthier snacking. Future focus could, therefore, be centered on blending these two ideas and establishing products on a more “permissibly indulgent” platform, using indulgent tastes and flavors to add value to healthy formulations. 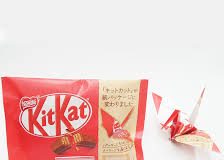