Increasing numbers of vegans are slowly making waves globally – with many opting for plant-based alternatives such as textured vegetable protein or mock meat to reduce their meat intake. This mock Resembling animal-derived meat in taste and cooking, mock meat is considered a healthier option for the environment. According to a study published in Science, while meat and dairy provide just 18% of the calories and 37% of the protein consumed, they use approximately 83% of world’s farmland and produce 58% of the emissions in food production.

In India many mock meat brands are emerging in response to local consumer demand. Delhi-based Vezlay Foods produces a variety of mock meats such as soya seekh kabab, shami kabab, nugget, soya chop, soya chicken leg pieces, soya noodles (gluten-free), soya chikka, shawarma and mock mutton at its manufacturing plant located at Patparganj, Delhi. Amit Bajaj, owner of Vezlay, shares the story of starting his soy-based mock meats company, “I spent three years in Europe and there I found that people are extremely health conscious. However, when I came back to India, I realized how much junk food people consume here. That’s when we decided to develop a healthy food option for our nation and after three years of intensive research, we developed these products that are not only nutritious but also tasty and affordable.”

Vezlay procures soya, which is the main ingredient for all its products from the local markets of Delhi, Madhya Pradesh and other parts of the country. The company has earned several recognitions and product innovation awards from the publishers of the Golden Book of World Records, Indian Book of Record and Asia Book of Records.

Explaining the challenges faced in the formulation stage, Bajaj says, “The soy-based products I had in western countries had a western taste but I wanted to give an Indian taste to my products. We did a lot of research to develop the right taste with Indian flavors and finally succeeded. In addition, we worked very hard to improve on texture. Today our products have a good texture, which can be complimented well by putting different flavors to get a unique dish.”

Bajaj admits that it was not easy to provide meat-like texture to soya products but now they specialize in soya meat texture that is close to animal-derived meat. He says, “Meat eaters are so much used to the meat texture and we offer similar taste and texture that are very close to non-veg. As a result, they are liked by both vegetarians and non-vegetarians. Moreover, our products offer a solution to those who want to give up on meat but find it difficult.” Vezlay also claims to be the first company in India that has incorporated taste in soya meat.

Bajaj says that the company ensures hygiene and quality standards at various checkpoints. He adds, “We follow all food safety norms at the time of processing, preservation and packaging. We use food-grade packaging for our products and have all the necessary certifications that are required for running a food industry.” The company has various food safety certifications and accreditations from FSSAI, HACCP, WHO-GMP, ISO 9001:2015 and the FDA.

In the past few years, the demand for frozen food products has gone up particularly in countries like India due to the rapid increase in the number of consumers with higher disposable incomes and a growing number of nuclear families, which has resulted in paucity of time. Talking about his product portfolio, Bajaj says, “Vezlay offers various options for everyone. We have launched soya noodles, soya kababs, soya rogan josh, ready to eat, frozen and non-frozen products. Many of our products do not contain any preservatives and some of them are gluten-free.”

Vezlay claims to have a strong distribution network in India, particularly North India, and its distribution channel includes hotels, caterers, modern traders and retailers. The company also exports its products to the UK and US and is now exploring business opportunities in the Middle East, Canada and European countries. In the future, Vezlay plans to add more options to its product portfolio. 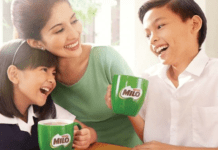