With a focus on providing safe and clean drinking water for communities, Anandana, The Coca-Cola India Foundation, in partnership with Jaldhara Foundation and WaterHealth India initiated seven WaterHealth Centres (WHCs) in the Adilabad, Medak, and Nizamabad districts of Telangana and Andhra Pradesh. The Foundation has also invested in these districts’ water treatment facilities to serve over 20,000 people and provide them a sustainable livelihood.

According to the press statement, the initiative will facilitate community health improvement by promoting the consumption of safe drinking water and reducing villagers’ susceptibility towards water-borne diseases. The Foundation has also initiated such projects in the Aurangabad district of Maharashtra, which faces similar water stress conditions.

Commenting on the partnership, Ishteyaque Amjad, vice president, Public Affairs, Communications & Sustainability, Coca-Cola India & South West Asia said, “Water is essential to life and safe drinking water is the backbone of a healthy society and economy. Coca-Cola India Foundation, Anandana in partnership with the local communities across India have made humble contributions for the past 10 years in being part of the solution towards providing safe and clean drinking water. Our partner Jaldhara Foundation and WaterHealth India have helped us successfully implement the project and positively impact the communities of Adilabad, Medak, Nizamabad and Vijay district. We will continue our sustained efforts in the direction to contribute towards community and environment.”

Ramanand B, Jaldhaara Foundation said, “The spike in water borne diseases in the states of Andhra Pradesh and Telangana coupled with persistent contamination of groundwater as stated by industry reports are testimony to the hardships faced by the people in these regions. We are hopeful, with the implemented water solutions, the villagers will reap great benefits in long term. We are thankful to Coca-Cola India and our technical partner, WaterHealth India for their innovative thinking and viable solutions.”

Several low-income communities in Telangana and Andhra Pradesh have been facing inadequate access to clean drinking water. Deterioration and groundwater contamination have led to high incidences of water-borne diseases, severely impacting the community’s health. Salinity, fluoride, chloride, iron, and nitrate are the key contaminants found in most groundwater samples of these districts, due to effluents discharged by industries. With no access to potable water supply, people are forced to drink untreated water from bore wells.

To help these communities in need, the Coca-Cola India Foundation, Anandana, has supported seven water purification and dispensation units called WaterHealth Centers (WHCs). These are currently operational and serve a significant proportion of the unserved population with safe, clean, and affordable drinking water. Additionally, setting up WaterHealth Centers (WHCs) has created opportunities for direct and indirect employment for people in the region, contributing to the overall socio-economic development of the area.

Anandana, The Coca-Cola India Foundation, is committed to water conservation and management for the holistic improvement and development of communities at large. Since its inception in 2007, The Foundation has set up over 150 water replenishment structures with the potential of replenishing over 13 billion liters of water and has added value to more than 8,00,000 lives in over 550 villages. 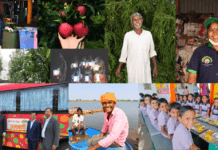 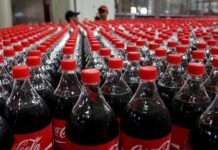 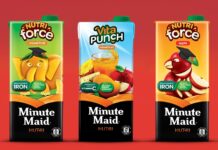