Durst, a manufacturer of advanced digital printing and production technologies, responds to the Covid-19 pandemic with another initiative. As early as April, during the lockdown, Durst had started the production of community masks as a first preventive measure. Now Durst is stepping up its efforts and presenting an innovative solution for reducing the viral load in indoor environments, the Durst UVC-R Air Disinfection System. The Durst UVC-R Air Disinfection System was launched online on 8 October 2020.

The new normality that shapes our private and professional life is determined by masks, distance rules, and disinfectants. Durst said this situation would not change in the short or medium term. Even if there will be a vaccine against Covid-19, new types of viruses and mutations will most likely occur. Therefore, over the last few months, Durst has put its expertise in the laboratories, production, UV technology, inflow simulations, and in the safety guidelines to bring a piece of quality of life back to the new normality, with the Durst UVC-R Air Disinfection System.

In the Durst Labs, the main transmission paths and descent rates of droplets and aerosols that transport virus-containing liquid particles were analyzed and the effectiveness of countermeasures with continuous air exchange and UV irradiation. The solution — Durst UVC-R combines both air exchange and UV irradiation in one system, effectively reducing infectious aerosols, viruses, and germs in indoor environments. Through an antiviral membrane, the room air is led into a closed system and irradiated with UV-C light. The disinfected air is continuously released back into the room through an air outlet.

Features of the Durst UVC-R

“We checked the efficiency of the UV-C sources in our laboratories and analyzed the ideal exposure time and volumetric flow,” said Christoph Gamper, chief executive officer and co-owner of the Durst Group. “An external laboratory for medical technology and disinfectants in Germany is currently in the process of verifying our results. Simultaneously, the efficiency of the Durst UVC-R is tested in real mode with “pseudoviruses” or so-called bacteriophages.

The Durst UVC-R’s center disinfection zone measures 4 x 4 x 2.5 meters. However, Durst points out that no specific statements about square meters or volume size can be given as a general answer in terms of efficiency. The efficiency depends on many factors such as temperature, airflow in the room, ceiling height, and several people. Therefore, Durst gives the following example for the efficiency — 4 people sit at a table and are surrounded by a volume of 8 m³. Each person inhales and exhales about 0.5 m³ of air per hour, a total of 2 m³. Durst UVC-R disinfects 12.5 times this volume or 25 m³ in 15 minutes and 50 times the breathing volume of 4 people or 100 m³ in one hour.

If the UVC-R is placed in a larger room, constant mixing of the room air around the disinfection center occurs, which means that by the permanent release of purified air, the viral load is reduced even outside the central zone, it said.

“We see in Durst UVC-R not only a preventive measure to reduce the viral loads,” said Gamper. “Together with the South Tyrolean industrial designer Christian Zanzotti we have developed portfolio, that can harmoniously be integrated into many interior concepts. Furthermore, the antiviral coated membrane can be personalized with our digital printing systems.”

Durst offers the 1st series of the UVC-R as a limited edition for pre-order through Durst UVC-R online shop. Within the next weeks, the entire UVC-R portfolio will be available in a webshop. The start of delivery of the 1st series is planned for early December. The systems can be viewed at the Durst headquarters in Brixen, South Tyrol, Italy. 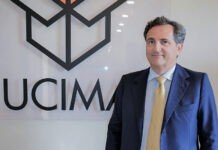 Gentili – the unilateral decision made by Interpack is unacceptable 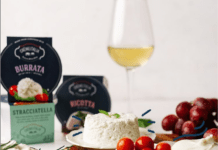 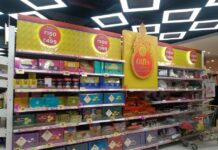