The environmental release means India has moved one step ahead toward the commercialization of the country’s GM food crop. Field trials and further studies will have to be conducted by the regulator along with the Indian Council of Agriculture Research (ICAR) on the crop’s efficacy and environmental impact before the GM mustard can be commercially cultivated by farmers if approved by the government.

But it is going to be a rough ride ahead considering the stiff opposition from a section of activists, farmers, and swadeshi groups over its supposed benefits.

The crossing of two genetically dissimilar plant varieties that can even be from the same species is hybridization. The offspring from such hybrids generally tend to have higher yields compared to the original parent varieties.

GM mustard ‘need of the hour’

So the idea behind the GM mustard is simple and similar to Bt cotton – higher crop yields that could reduce the dependence on oil imports. GM mustard is claimed to increase productivity by four times.

India meets 50-60% of its edible oil deficit through imports. India’s edible oil import bill stood at Rs 1.57 lakh crore in the oil year from November 2021 to October 2022, while in volume terms it was 140.3 lakh tons, the industry body, Solvent Extractors Association of India, said. India imported 131.3 lakh tons of edible oils in the 2020-21 oil year worth Rs 1.17 lakh crore.

Advocates of GM mustard say the variety will address problems related to low production by enabling the efficient breeding of better hybrids of mustard that could increase the yields as well as boost resistance to diseases, which would reduce dependence on pesticides.

In an article in The Indian Express, R S Paroda, former ICAR director general, wrote that the fear and reservations expressed in some quarters are scientifically unfounded. “It is a bold decision in the best interest of our farmers and the nation. The decision to remove the unscientific ban on GM crops reflects the determination of the government to move towards Atmanirbhar Bharat. It also meets the aspirations of our scientific community and farmers can derive the benefits of innovative technology”.

Mustard is cultivated in around 6.5-7 million hectares of land across Rajasthan, Haryana, Punjab, and Madhya Pradesh. The DMH-11 has been shown to deliver 30% higher yields than existing varieties, a Business Standard report said. Paroda says the average yield of existing mustard varieties is around 1,000-1,200 kilograms per hectare, while the global average is over 2,000-2,200 kgs.

Not everyone is convinced by the arguments, though. Many experts and activists this writer talked to felt that rushing the GM mustard could prove to be counter-productive just like the Bt cotton, which in the initial years was a success but later wavered.

The Coalition for GM-Free India says GM mustard got to this stage because of alleged collusion between the regulatory body and crop developers in circumventing biosafety assessment in numerous ways.

One argument against GM mustard is that the hybrid uses genes that are foreign to the species. The preparation of mustard hybrids requires the use of another gene, called the bar gene, that makes it tolerant to a herbicide called glufosinate-ammonium, which activists say may encourage the use of chemicals.

Honey producers and beekeepers also fear the prospect of losing the honey export market as they say the GM mustard plants may dissuade bees from pollinating the plant and this could spark environmental catastrophes. The mustard crop is important to honey bees as a lot of nectar and pollen is available on the flowers. India, which started its first organized exports in 1996-97, exported 74,413 metric tons (MT) of natural honey worth USD$ 163.73 million in 2021-22, a PIB release said.

Activists say rushing GM mustard despite so many faults will open the floodgates for other genetically modified organisms coming to our farms and food. Others say GM mustard’s safety has been questioned and the data has not been made public.

Farmers in Punjab have another fear – the herbicide-tolerant GM mustard may lead to the increased use of chemicals and render the leaves unfit for consumption. This means the mouth-watering dish Sarson da Saag will remain only in memories, they say.

The release of GM mustard for commercial cultivation is set for four years after the date of approval. It remains to be seen if it passes muster with the government after the field trials. 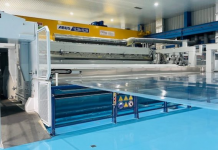 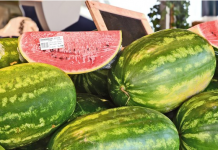 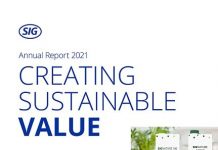 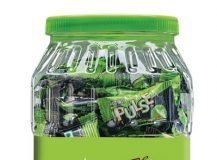