The Food Safety and Standards Authority of India (FSSAI) has released for public consultations a new draft of regulations for genetically modified (GM) food, proposing front-of-the-pack labeling for packaged food products that contain one percent or more of GM ingredients.

The regulator also proposes mandatory prior approval to manufacture, sell and import food or ingredients produced from genetically-modified organisms (GMOs).

The proposed draft by FSSAI regulation will be applicable to GMOs for food use, food ingredients produced from GMOs that contain modified DNA, and GMO-derived ingredients, additives, or processing aids, the regulator said in a statement.

“No person shall manufacture, pack, store, sell, market or otherwise distribute or import any food or food ingredient produced from GMOs, except with the prior approval of the food authority,” emphasized the FSSAI draft on standards regulations 2022.

“The proposed regulations will apply to GMOs or genetically engineered organisms (GEOs) or living modified organisms (LMOs) intended for direct use as food or for processing,” mentioned FSSAI regulations.

The regulations’ ambit will include food products that may have been made using food ingredients or processing aid derived from GMOs, even if GM content is not present in the end product. The food safety authority has also said that GOMs or GEMs “shall not be used as an ingredient” in infant food products.

Industry observers said the regulations once finalized would bring about clarity of regulatory status, especially when it comes to imported food products. In a bid to ensure only non-GM crops are imported into the country, the food safety regulatory had last year said that imports of 24 crops would need to be accompanied by a “Non-GM, GM-Free” certificate from 1 January 2023.

However, after receiving some representations from stakeholders it was postponed and these norms came into effect on 1 March 2023. The norms were laid down since FSSAI was in the process of finalizing the regulations. 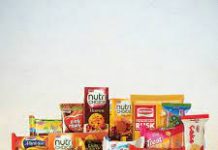 Britannia to sell 49% stake in Britannia Dairy to Bel SA 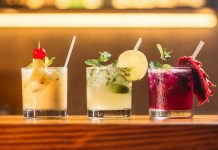 Trends in the beverage industry 2022 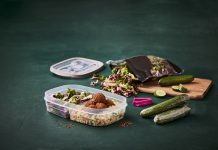 Palsgaard to participate at K 2022