The Indian Institute of Technology Madras (IIT-M) announced that its researchers have developed a sustainable antimicrobial wrapping material that can prevent packaged food contamination by bacteria and reduce the plastic waste generated in the environment when disposing of the wrappers. The researchers said that this biodegradable food wrapper has an in-built antibacterial compound and is safe for consumption.

“We have developed a biodegradable wrapping material with in-built antibacterial activity to prevent bacterial growth in stored food,” study author Mukesh Doble from the Department of Biotechnology, IIT Madras, said in a statement. “The antibacterial compound should be safe for consumption as it is approved by the authorities and does not cause any toxicity,” Doble added.

The films developed by the IIT Madras team were made with polymeric blends containing starch, polyvinyl alcohol, cyclic beta glycans (CBG). The composition was optimized to achieve the best film with a smooth texture, flexibility, uniform thickness, and good clarity. The polymers used in the film are approved by the US Food and Drug Administration. The antibacterial agent selected is also approved by the food authority for consumption and includes eugenol, chlorogenic acid, betanin, curcumin, and gallic acid, among others. “These compounds are used regularly in Indian food and are known to possess antibacterial, antioxidant and many other beneficial bioactivities,” the statement added.

According to the researchers, the wrapping material they have developed also degrades at various environmental conditions, with the rate of degradation varying from 4 to 98% in 21 days. The wrapping material degraded rapidly in moist conditions when compared to dry ones. “Our wrapper is eco-friendly and can play a major role in plastic waste reduction,” Doble explained.

The researcher added that the antibacterial coated polymer wrapper was tested to wrap paneer, meat, and chicken. According to her, the conducted studies resulted in a 99.99% reduction in the bacterial colonies in food samples wrapped with this antibacterial wrap and stored at 30 degrees Celsius for ten days compared with a plain wrapper. 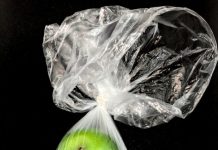 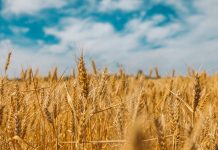 Bühler to build the future of milling in Uzwil