Transition to 100% rPET confirmed for Coca-Cola in the Netherlands and Coca-Cola in Norway, marking a significant transition from using new virgin oil-based plastic in PET bottles towards a local closed-loop recycling system supported by the Dutch and Norwegian Deposit Return Schemes.

In Western Europe, Coca-Cola takes another important step on its journey to eliminating new virgin oil-based plastic as Coca-Cola in the Netherlands and Coca-Cola in Norway announce their transition to plastic bottles made from 100% recycled plastic (rPET).

As part of their joint sustainability action plan, Coca-Cola European Partners, and The Coca-Cola Company in Western Europe have pledged that by 2025, Coca-Cola will — collect a can or bottle for every one it sells and ensure that all its packaging is 100% recyclable and by 2023 will ensure that at least 50% of the content of its PET bottles will come from recycled content, accelerating towards its ambition to use zero virgin oil-based PET in its PET bottles within a decade. This announcement that Coca-Cola will transition to 100% rPET in the Netherlands and Norway follows several CCEP innovation and investment announcements, including its innovative CanCollar packaging solution and investment into innovative recycling start-up, CuRe Technology.

Coca-Cola said, the switch to 100% rPET in the Netherlands will eliminate the use of more than 10,000 tons of new virgin oil-based plastic, amounting to a 21% reduction in the carbon footprint of its plastic bottles per year compared to the rPET level before the transition, when the portfolio in the Netherlands already consisted of more than 50% recycled PET.

Additionally, during the first half of 2021, Coca-Cola in Norway will transition to 100% rPET for all plastic bottles that it produces locally. This transition will remove around 4,300 tons of new virgin oil-based plastic a year. It will deliver a 28% reduction in the carbon footprint of its plastic bottles per year compared with the rPET level before the switch when the portfolio in Norway was approximately 25% rPET.

Both Coca-Cola in the Netherlands and Coca-Cola in Norway will be the first companies in their respective countries to move their entire portfolio of locally produced plastic bottles to 100% rPET. This move supports Coca-Cola’s ambition in Western Europe to accelerate the use of 100% rPET and eliminate new virgin oil-based PET in all of its bottles within the next decade.

The company said a key enabler for Coca-Cola’s switch to 100% recycled plastic material in the Netherlands and Norway is the rapidly expanding and effective Deposit Return Schemes operational. In Western Europe, Coca-Cola recognizes the vital role that well-designed Deposit Return Schemes will play in its 100% rPET vision. Well-designed Deposit Return Schemes can play an essential role in delivering a circular economy for PET bottles at a local level, boosting PET bottle collection rates and increasing the quality of PET material collected with less contamination from other materials, making it much easier to recycle bottle to bottle.

In keeping with its commitment to build local circular economies for beverage packaging, Coca-Cola’s 100% rPET bottles produced in each market will be fully recyclable to be used again as raw material for new bottles.

Joe Franses, vice president – Sustainability at Coca-Cola European Partners, said, “Today’s announcement that Coca-Cola European Partners Netherlands and Coca-Cola European Partners Norway are making the switch to 100% rPET marks a vitally important step forwards on our journey to eliminating new virgin oil-based plastic across all our plastic bottles within a decade. Crucially, this announcement provides a compelling case for the role that Deposit Return Schemes can play in the creation of local circular economies for beverage packaging. Markets with well-designed DRS such as those in Sweden, the Netherlands and Norway not only have high collection rates but also have the capacity to collect a higher grade of material with less contamination.”

“Coca-Cola in Western Europe is a firm supporter of the implementation of well-designed Deposit Return Schemes across Europe, recognizing the role they can play as part of local, closed-loop recycling system. We also remain committed to supporting innovative packaging and recycling technologies to help us to reach our target of 50% recycled content across all our plastic bottles by 2023.” 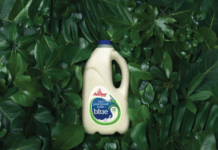 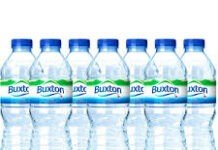 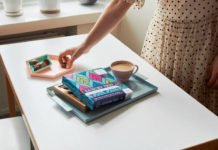