As a transaction’s part, the packaging films business will be carved out by Jindal Poly into a subsidiary, and through a special investment program, the funds will be infused by Brookfield Asset Management, according to both the companies.

A definitive agreement has been signed by BC Jindal Group organization’s Jindal Poly Films with Brookfield, a Canadian investor, for raising about Rs 2000 crore by selling a valuable minority stake in the business of packaging films.

The asset manager of Canada, Brookfield, has promised to gather a 25% stake in the business of packaging of the BC Jindal Group in a deal of Rs 2000 Crore. It further boosts the 2022’s Indian private equity investments.

The group will transfer the business of packaging films from JPFL to an entirely-owned subsidiary through a slump sale, and after this, Brookfield will invest in the arm.

The packaging films business has accounted for Rs 3,473 crore (85%) of JPFL’s revenue of Rs 4,082 crore in FY21. After the demerger, the entity listed will be left with the non-woven fabrics applied in baby diapers and hygiene and a few other corporate assets.

Toronto-based Brookfield has been present in India for over 11 years and possesses assets under the management of more than US$20 billion which is approximately Rs 1,51,907 crore. It will receive two seats on the JPFL film’s board. JPFL Films is going to house the business of packaging films.

In JFPL, the structured equity investment contains the new subsidiary’s equity shares and the mandatory convertible preference shares. According to the company, it offers Brookfield a stake of 25% along with good downside protection through a powerful equity structure closely connected to the financial performance.

The subsidiary has generated about 85% of the firms’ total revenues. In addition, Jindal Poly and several corporate assets will continuously own the non-woven business unit.

But Jindal Poly’s shares have lost 6.7%. It is an underperforming sensex that has achieved 1.84% on the last trading day of this week. The deal’s sole advisor was Rothschild.

Through holding trusts and companies, BC Jindal’s family owns JPFL. An expert team is responsible for managing the company, and no promoters have got any presence on the board of directors. Also, the family has dominated the Indian power and steel sectors.

Best practices to be followed

The presence of Brookfield on the new subsidiary’s board will support benchmarking to the standards of international governance and the best practices, according to the chief executive officer of JPFL, Vinod Kumar Gupta.

One of the leading companies globally that makes non-woven fabrics products and flexible plastic films is JPFL.

“BSI agnostics sector invests in non-control or minority and large-scale investments where the company can offer capital and become a powerful strategic partner to all the leading companies. Therefore, the company will continue to scale its Indian BSI investments and become a choice partner”, according to the managing director of BSI, Dev Santani.

The 8th largest manufacturer of Biaxially Oriented Polyethylene Terephthalate (BOPET) films is JPFL. BOPET is used in products’ packaging in several end-use sectors like cosmetic and personal care products, food and beverages, pharmaceuticals, and electrical and electronics. Besides, it possesses a powerful rank in the market of highly valuable metalized films.

According to Shivam Bajaj, the chief executive officer and founder of Avener Capital, “The packaging industry is propelling drastic expansion in the country in terms of exploding logistics and eCommerce landscape. By having this deal, Brookfield focuses on tapping into the opportunity by getting into a partnership with a well-established business house in the field.” 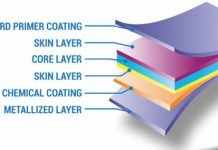 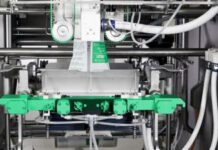 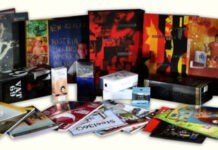