Football fans know there’s no place quite like their favorite NFL team’s home field – the hallowed grounds where the passion of the game comes to life. Today, America’s favorite potato chip brand is celebrating fans who rally for their teams season after season by bringing the field to them with Lay’s Golden Grounds.

Representing the legacy of 29 beloved NFL teams from coast to coast, Lay’s Golden Grounds chips are the same classic Lay’s taste that fans have loved for more than 75 years, but this time made with a special salute to their favorite teams. Lay’s created the limited-edition line of Lay’s Golden Grounds chips by pulling soil directly from NFL stadiums and fields across the country. Under the careful watch of Frito-Lay farmers, they mixed the soil into separate parts of the potato field to make chips infused with the grounds and the glory of each NFL team. The limited-edition bags also feature keepsake packaging decked out with NFL team colors and logos.

Lay’s is also announcing its return to the Super Bowl advertising stage after 17 years.

“Lay’s is all about bringing joy to our fans, and we know there’s nothing that brings a smile to football fans’ faces more than cheering for their favorite team at their home field,” said Stacy Taffet, vice president of marketing, Frito-Lay North America. “The limited-edition chips are our way of celebrating fans who stand by their teams through victory, defeat and everything in between. I can’t think of a better way to kick off our journey back to America’s biggest stage with Lay’s return to Super Bowl, where we’ll look to spread even more joy with delicious game-day snacks and an incredible new commercial we’ll unveil soon.”

To kick off Golden Grounds, Lay’s enlisted the help of one of the most legendary NFL players to ever step foot on the field, Jerry Rice. With 20 seasons under his belt, his love for the game runs deep, which is why he and Lay’s are teaming up to honor the game and bring this one-of-a-kind experience to life.

“Game days were some of the most exhilarating and challenging times, and as a player, you grow a special bond with the fans who cheer you on and wear your number on their shirt,” said Rice. “That type of loyalty and support is what makes football such a great sport, and that’s why I’m excited to partner with Lay’s to share the heart and soul that went into Golden Grounds.” 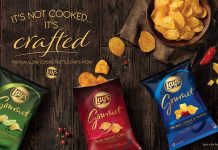 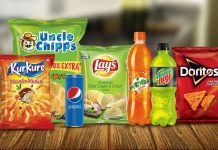 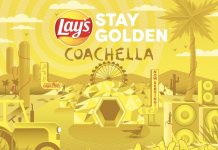