Jubilant Foodworks (JFL) announced on 1 January 2020 that it had invested a sum of Rs 92 crore in Barbeque Nation Hospitality (BNHL) and thereby acquired an equity stake of 10.76% in the restaurant chain. JFL has entered into a share subscription agreement with BNHL to obtain the equity shares.

Barbeque Nation is a trendy restaurant chain specializing in kebabs of every kind and North Indian cuisine. It has successfully executed the concept of grilling and serving unlimited rounds of kebabs at a fixed fee in the Indian food market, where beverages are purchased separately. It has expanded rapidly in the past five years and now operates 138 Barbeque Nation outlets in 73 towns and cities in the country. The company also has seven international cafes and restaurants.

Jubilant Foodworks Limited is part of the Jubilant Bhartia group related to several established industrial groups and companies. Its Domino’s Pizza franchise extends across a network of 1,264 restaurants in 281 cities (as of 30 September 2020). The company has the exclusive rights to develop and operate the Domino’s Pizza brand in India, Sri Lanka, Bangladesh, and Nepal. At present, it operates in India and through subsidiary companies in Sri Lanka and Bangladesh.

Jubilant Foodworks seems to have taken advantage of the pandemic to leverage the group’s strengths and expertise acquired over the past decade. A statement to the press says more restaurants are planned in the New Delhi NCR in the coming months of the new year. Following the shifting consumption habits of consumers, highlighted and sped up by the pandemic, it has also begun offering its brand-owned ready-to-cook ‘ChefBoss’ range of sauces, gravies, and pastes.

Plugged into the digital behavior of its fast growing potential market, JFL, apart from individual websites for its brands, already has apps for the Domino’s, Dunkin Donuts, and Hong’s Kitchen brands. Jubilant Foodworks’ share price has risen from approximately Rs 1,700 a year ago to almost Rs. 2,800 as of 5 January 2021. According to the MoneyControl website, it’s 3-year numbers are impressive – CAGR revenue growth of 15.4%; net profit CAGR 69.2%; and operating profit 53.7%. 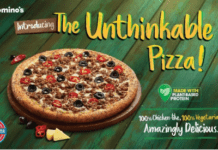 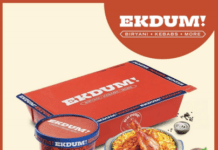 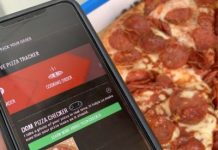