An increase in food and oil prices has managed to majorly impact the Indian trade making the prices rise annually by 7.79% in April. This raised inflation has crossed the RBI’s acceptable level for the fourth month. BusinessLine reports that this year in March 2022, the rate of inflation of the CPI (Consumer Price Index) was at 6.95, as compared to 4.23% in April 2021. in April 2022, the consumer food price index further expanded to 8.38% from 7.68% in the previous month and 1.96 in the same month last year. It was due to high rates of oil and fuel prices.

Status of the current inflation data

The surge of prices in rural places was 8.38% during April 2022, in contrast to 7.66% and 3.75% during March and April 2021, respectively. Prices of oil were at an all-time high of 17.28% in April as India imports a significant portion of the oil from Ukraine, which is the main sunflower oil producer and is at war with Russia.

The fertilizer supply market in India is also dominated by Ukraine. This has again dominated the vegetable market, which saw an increase of 15.41% as compared to the previous 11.64%. Fuel and light rates rose to 10.30% in April 2022 as against 7.52% in March.

Analysis by Reserve Bank of India

Food prices rose by 8.38% in April 2022 from the previous year’s 7.68%. The same rise was at 1.96% a year ago. This sudden growth in the price of commodities has made RBI go in for a hike in interest rates. reserve bank also raised its repo rates by 4.40%. The Russia Ukraine conflict has directly influenced the trade prices and inflation rates that have remained above the RBI’s comfort levels of 6%. Due to increased trade prices, RBI has initiated a rise in repo rates by 4.40%.

In a meeting of the Monetary Policy Committee, the RBI Governor initiated that the state of domestic markets was depicted by the unusual rise in food prices owing to current socio-political issues.few sources have bought it out, stating that the central bank will uplift the forecasts of the expansion process in the meeting conducted by MPC and would also think about a price increase to handle the inflating prices.

The MPC increased the key policy by 40 points after the previous hike in August 2018. The base inflation barring the fuel prices, jumped to 6.8% from the previous 6.6%. The Reserve bank of India has made it compulsory for the government to keep the exorbitant price rates at 4%, having a leeway of 2% on each side. 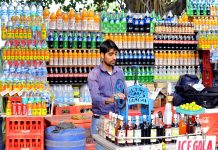 Inflation hits the weight of products, not prices

Inflation hits the weight of products, not prices