The new 13.2-ounce bottle – the first-ever Coca-Cola package made from 100% rPET in the United States – offers a convenient, sippable portion size. “On-the-go consumers have been telling us they want an option like this, because it’s just the right amount for the ‘snacking’ occasion,” said Tammy Lee, brand manager, Coca-Cola Trademark. “We believe this innovation delivers the double benefit of convenience and sustainability.”

Dasani launched 20-oz 100% rPET bottles in New York, California and Texas in March. Sprite has launched a 13.2-oz 100% rPET clear bottle in the Northeast states, California and Florida. All Sprite packaging will transition to clear packaging, which is easier to be recycled and remade into new bottles, by the end of 2022.

Combined, these innovations represent a 20% reduction in the company’s use of new plastic across its North American portfolio compared to 2018. The current level of rPet use will collectively reduce 10,000 metric tons of greenhouse gas emissions annually in the United States.

The Coca-Cola Company now offers 100% rPET bottles in more than 25 markets, bringing it closer to its World Without Waste goal of making bottles with 50% recycled content by 2030. Announced in 2018, the sustainable packaging platform also includes a goal to collect and recycle the equivalent of a bottle or can for every one the company sells globally by 2030, and to make 100% of its packaging recyclable by 2025. More than 94% of the company’s North American packaging is currently recyclable. Simultaneously, the company is transitioning to 100% rPET use in other markets such as the Netherlands and Norway.

Engaging the consumer – Recycle Me Again

To build awareness and encourage action, all 100% rPET package labels will include ‘Recycle Me Again’ messaging. In fact, four different areas on the packaging will educate people about recycling. A primary goal of the ‘Endlessly Refreshing’ campaign – which also will include outdoor, radio, in-store and social and digital communications, plus touch-free experiential activations – is to boost recycling rates so rPET bottles can be used again and again to create raw material for new bottles, supporting closed-loop recycling systems and a circular economy.

“Our packaging is our biggest, most visible billboard,” Alpa Sutaria of Coca Cola said. “We’re using the power of our brands, leading with Coca-Cola, to educate, inspire and advance our sustainability priorities.” 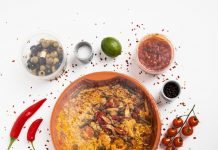 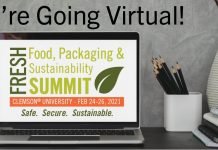 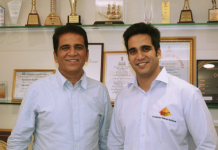 Re Nourish offers soups in ‘grab and go bottle’