The presence of aflatoxin in food is recognized as one of the biggest threats to access to safe food and ultimately affecting food exports. Aflatoxin, a secondary metabolite of Aspergillus flavus and A. parasiticus, is highly carcinogenic. Crops such as groundnut, maize, millets, chili, and many others are easily contaminated by aflatoxin.

Aflatoxin contamination happens both at pre and post-harvest stages. Aflatoxin content in the fresh harvest in high-risk areas may go beyond 50 parts per billion (ppb) and moves up rapidly along with the length of storage (>100 ppb). The contamination has a severe impact on human health since aflatoxin is carcinogenic as well as immuno-suppressive in nature. In India, although the safe level of aflatoxin is kept at 30 ppb, the European standard is more stringent at two ppb, whereas it varies between 5 to 15 ppb in most of the developed countries. 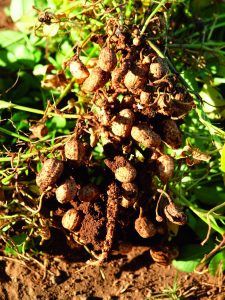 According to reports, groundnut exports to EU countries from India have almost come to a halt due to aflatoxin contamination of groundnut and groundnut products. Though the volume of groundnut export has increased, these are confined to South-east Asian countries (76%) and mostly as bird-feed, in recent years. Paradoxically, India has the world’s largest area under groundnut cultivation and is the second-largest producer, next to China. Our exports are in stark contrast with countries such as Argentina, which export 73% of their produce to EU countries. The present situation is neither benefiting the country nor the farmers associated with its cultivation.

The only existing export of Indian groundnut to the West is to the USA, not raw in the form of kernel or grain, but as value-added products under confectionery categories. However, there are just a handful of significant export players in a big country like India! Of late, trouble started brewing, and there have been quite a few import alerts regarding Indian groundnut products arriving at US ports. These have adverse consequences, which may lead to a total ban on Indian products leading to considerable monetary losses and the loss of face for the exporting companies, and ultimately, the country.

Imported food products are subject to inspection by the Food and Drug Administration (FDA) at US ports of entry. The FDA may detain shipments of products if they do not fulfill US standards. The FDA maintains a list of import alerts to inform the FDA field staff, and the US public, that the agency has enough evidence to allow for Detention Without Physical Examination (DWPE) of products that appear to violate US laws and regulations. These violations could be related to the product, manufacturer, shipper, or other factors. When a product or firm is violative in meeting the criteria as indicated in an import alert, it will be added to the red list or removed from the green list of the alert.

Intervention in the value chain

Five villages in Anantapur district (Andhra Pradesh) were adopted under a special project supported by the United Nations Development Programme to address the aflatoxin issue. These villages were identified based on the severity of the problem. During the project, the critical factors responsible for aflatoxin contamination at farm and storage levels were identified. Moreover, by integrating a couple of key management factors at the pre- and post-harvest levels, it was possible to demonstrate negligible aflatoxin contamination (0 to 5 ppb) in these high-risk areas even after 3 to 6 months of ordinary storage at the household level. In 75% of the cases, the aflatoxin contamination levels were <15 ppb. 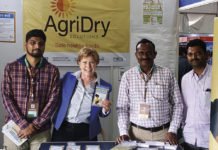