AI technology has been used to set up these labs by Cropin, an agritech firm, to facilitate predictive intelligence to every cultivated land across the globe.

The job of all the scientists at AI Labs is to study and compute the cultivation of land across the world. Based on geo-fenced field data and earth-observation data, AI models have been implemented, and everything has been tested over the past years. The scientists of AI labs are thus going to introduce intelligence to farmlands worldwide.

Everything under one umbrella

Everything is brought under one roof, such as weather data, agro-climatic situations, soil information, global harvesting patterns, and several other farming insights. The company has made knowledge graphs on datasets of farming pixels over trillions.

It grows constantly and multiplies in space and time, allowing the establishment to use distinct AI models in any nation in the least amount of time. Cropin is trying to solve the most complicated problems in the industry as per the news in The Hindu BusinessLine.

The benefits of this initiative

The initiative will accelerate digital adoption and transform the agriculture industry into a data-driven, efficient, and sustainable industry.

Krishna Kumar, the co-founder, and CEO of Cropin AI Labs, said to ANI that it is focusing on making technology with enough potential to transform the entire sector of agriculture. AI science research teams and Earth observation teams have made intelligence models worldwide that are unparalleled when it comes to scalability and accuracy.

He further stated that the data and insight platforms of Cropin focus on the identification of crop and yielding estimation, health monitoring of crop, harvest prediction, water utilization management and irrigation, monitoring of greenhouse gas emission, and other aspects of agriculture.

Today is the age of large-scale digital transformation in agriculture

The VP of data science and AI at Cropin, Praveen Pankajakshan, informed ANI that there has been enough transformation and innovation earlier in the agriculture industry, but it is still low compared to other segments of the industry.

The mission of this AI Lab is to solve the most challenging and complicated agricultural research problems by custom-building the solutions for the farmland across the world. These foundation blocks will future-proof agriculture and will influence food security. Cropin is going to revolutionize the AI culture in the field of agriculture.

The rise of Cropin

As per the data by ANI, in 2010, Cropin was founded and served as a pioneer in this space, and at present, it is building the world’s first intelligent agriculture cloud. It will allow the stakeholders to leverage AI and digitization for making effective decisions that boost scale productivity and efficiency and promotes sustainability.

The company has worked with more than 250 customers and successfully digitized about 16 million acres of land while improving the lives of more than 7 million farmers. The most diverse and world’s largest farming data insights have been built over the last 10 years. It facilitates the knowledge of 488 crops and 10,000 various crops in 56 nations. Thus, with the help of AI and ML, 0.2 billion acres of farmlands have already been computed by Cropin worldwide. 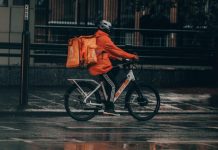 The role of artificial intelligence in predicting food delivery ETAs 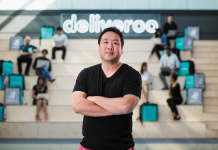 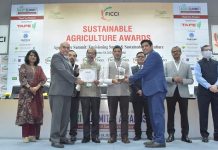