Manure storage is a smelly, messy job that must be done, nevertheless. The end product can be applied as nutrient-rich fertilizer or compost on fields and in garden beds. It can also be used as a biogas feedstock to create renewable natural gas. By taking advantage of Bionetix International’s BCP80 manure treatment, farmers and biogas producers can take a faster route to the benefits of manure while avoiding some of the odorous and inefficient detours.

Benefits of BCP80 for manure storage

BCP80 contains beneficial microorganisms and nutrients that accelerate the biodegradation of animal wastes and other wastes high in proteins. This helps ensure rapid biological startup at the beginning of manure storage. By speeding up the biological digestion of animal wastes, BCP80 can also reduce manure pit maintenance and ultimate drainage costs.

BCP80 helps with sludge accumulations and improves the overall ease and efficiency by breaking up solids and decreasing the organic content. The resulting fertilizer will also be more valuable because of the beneficial microorganisms at work in the manure to create a more uniform product and further benefit the soil.

One of the most annoying aspects of manure storage is the smell coming from manure lagoons, slurry storage tanks, or manure pits. These manure holding areas are periodically pumped out so that fertilizer can be spread on fields.

In the meantime, the manure decomposes and can generate hundreds of odorous compounds, including hydrogen sulfide, ammonia, and methane. BCP80 helps reduce the concentration of these odorous compounds, so the smell becomes more manageable.

The same microorganisms that break down manure into a manageable waste can also boost the efficiency of biogas operations that use animal waste for feedstock. Often, biogas operations are held back from reaching their full potential because of limitations in the hydrolysis phase.

Incomplete hydrolysis can result in excess hydrogen sulfide production, which makes matters worse by releasing other bad odors. Adding BCP80 to manure feedstock can accelerate anaerobic digestion, helping biogas plants reach higher efficiency and reducing odors. It can be used in conjunction with BCP12 or other biologicals for best results.

A slurry lagoon was treated with 5 kg of BCP80 and 20 L of Stimulus to examine their effect on manure and odor reduction. Seven days after the addition of microbes, some of the surface scum had already dissolved.

Only 10% remained within 14 days, and the rest disappeared shortly after that and did not return. The five-month survey confirmed that no sludge sedimentation had occurred. The odor also improved within just two days of application and disappeared a week later.

The need for better manure storage and handling options is widespread. BCP80 is an excellent biological option that meets that need by stimulating natural processes to accelerate waste digestion, reduce odors, and maximize the final value of manure for fertilizer or biogas. 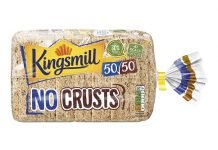