As part of the initiative, a dedicated mobile van has been deployed that will visit over 400 shops to create awareness and collect post-consumer plastic waste. The initiative aims to encourage and empower local citizens to keep their environment clean and set an example to inspire all members of communities.

Tidy Trails will engage the shopkeeper community including organized and unorganized retail shops in eight commercial zones, spread over 20 km, across Mathura Vrindavan to encourage behavioral change towards responsible plastic waste management. To drive mass awareness, PepsiCo India and United Way Delhi will organize on-ground events, e-educational workshops, and will distribute Information, Education, and Communication (IEC) material to the shopkeeper community as well as the public at large.

Durga Shanker Mishra, secretary housing and urban affairs, Government of India, said, “Aligned with Government of India, Swachh Bharat Mission, Tidy Trails is a great initiative that is creating awareness on the responsible plastic waste disposal and recycling of plastic waste into useful products such as benches and chairs. It’s a great initiative that would encourage local citizens to live responsibly. We are positive this initiative would empower local citizens through awareness and to keep the city clean.”

“We are excited to partner with PepsiCo India for the Tidy Trails initiative that encourages citizens to learn and act to appropriately segregate and dispose of their daily generated waste. Besides helping repurpose used plastic waste, tidy trials are likely to create a behavioral shift in transforming consumers approach towards plastics, one step closer towards building a better planet,” Sachin Golwalkar, CEO, United Way Delhi said,

Satadal Mukherjee, Factory Head, PepsiCo India Kosi Kalan, Mathura Foods Plant said, “With our upcoming Foods plant in Mathura we would like to be a part of the city’s growth journey from the beginning. Over the years, PepsiCo India has undertaken various recycling initiatives with our partners to make sustainable plastics a reality across different markets. Tidy Trails is yet another endeavor that aims to foster tidiness and create awareness around plastic waste management.”

“We are thankful to our NGO partner United Way Delhi and Mathura Vrindavan Municipal Corporation for their overall support in launching this special initiative. We will continue to collaborate with the local authorities through various sustainability initiatives towards further making Mathura Vrindavan cleaner and greener.” 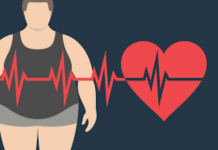 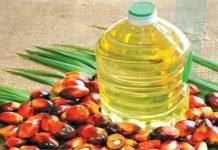