Pepsico announces its plan to set up a new manufacturing unit to produce Doritos, the world’s leading nacho chips brand. They are planning to put in an additional Rs 186 crore to raise the total investment in the UP firm to Rs 1,022 crore.

According to the Business Standard report, Pepsico has plans to contribute Rs 186 crore in the Uttar Pradesh unit and raise the invested amount to Rs 1,022 crore. This commitment was made in Lucknow, Uttar Pradesh, during the third ground-breaking ceremony with Prime Minister Narendra Modi, Uttar Pradesh Chief Minister Yogi Adityanath, and a few other notables.

Pepsico is investing more into the Mathura-based plant to increase the production of the latest Nacho chips Doritos. Ahmed ElSheikh, President of Pepsico India, told Business Standard that Uttar Pradesh had given rise to new growth opportunities for Pepsico India due to its progressive working environment and the suitable climate.

He further added that significant progress had been made by setting up new food units outside the suburbs in Kosi in less than two years due to the business-friendly policies and neat and easy way of carrying on the business.

The President further stated that this new tech food unit is opening up job opportunities in UP and making way for the financial growth in that place, so they are happy with their investment of Rs 186 crore. This investment is their demonstration in ‘Unnati Ki Sajhedari’ with Uttar Pradesh and supports the Indian Government’s vision of Atmanirbhar Bharath.

Employment opportunities have increased for the supply chain partners, wholesalers, and retailers. This plan is supposed to provide a livelihood to more than 1500 people directly through jobs or indirect opportunities.

It is also opening up new job venues for 30% of the female population. There is a new program for the local potato farmers, with over 5000 people employed in the integration program. These programs are all about promoting community support.

Ahmed ElSheikh declared to Business Standard that Pepsico is optimistic about the growth of the Indian market despite the problems created by the pandemic. They are increasing their investments in the Indian food plant located in Uttar Pradesh to Rs 814 crore.

Pepsico is devoted to doubling its snacks businesses by having more food plants than West Bengal and Maharashtra. It is also looking into opening a new greenfield plant in Assam.

Even with the disruptions caused by the pandemic, Pepsico is sure to come out with the right kind of food and beverage products for Indian customers. He also stated that Pepsico, the largest food and beverages company that has provided over 30 years of service to India, is looking to strengthen its partnership further. 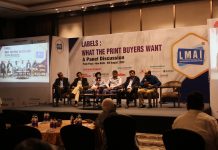 LMAI panel discussion on Labels: What the Print buyers want 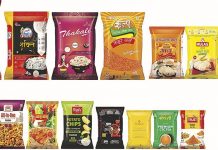 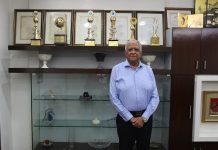 Our target focus is on human safety, environmental safety, and SDG goals