More than 8,600 farmers at minimum support price (MSP) have sold about 14,480 tons of tur. Gujarat-based procurement agencies have bought this hefty amount of tur for Rs 104 crore. The Gujarat government is supportive of this action as well.

Farmers are the pillars of food in our country. And their efforts should not go in vain. So, the government of Gujarat has decided to introduce some schemes for their benefit.

Last week, the government of Gujarat stated that 18,535 farmers have registered for participation in tur procurement under the PSS (Price Support Scheme) of the center. The MSP fixed by the center for tur is Rs 6,300 per quintal for 2021-2022.

The story behind tur procurement

As per the report published in Business Line, this acquirement of tur under PSS took place from 15 February in Gujarat through Gujcomasol, a nodal agency. A total of 8,617 farmers have taken part under it, as per a statement from the State government.

The period of tur procurement ended on 15 May. However, due to delayed tur harvesting and sowing in several places in Gujarat, the tur procurement deadline has been extended to 30 May.

The Government of India has implemented the PSS in Gujarat. Major crops of the state, such as tur, cotton, paddy, moong, and many more, are covered under the scheme.

The Gujarat government has recommended that the support price of several rabi and kharif crops grown in their respective seasons be marketed in the coming season based on production cost. The scientists of Agriculture University and the state’s Agriculture department have worked on this plan.

The central and the state governments have notified the nodal procurement agencies that they need to purchase tur from the farmers directly at MSP through the APMC centers arranged by the government.

The beginning of tur procurement

Tur procurement at MSP under the PSS of the central government started in the last week of December in Maharashtra. National Agriculture Cooperative Marketing Federation of India (NAFED) director S K Singh said that the online registration began at the end of December.

The tur production was expected to be about 10.87 lakh tons, and the procurement target in Maharashtra was 2.71 lakh tons. According to the traders, the price of tur is not expected to cross the MSP of Rs 6,300 per quintal.

The FPC (Farmer Producer Companies) in the state targeted to procure 75,000 tons of tur. They targeted to acquire tur through 394 centers in more than 4,000 villages as per The Hindu (Business Line).

A lot of problems are running worldwide at present. Since 2020, we have seen a lot, the major problem being the Covid-19 pandemic. Its after-effects are still being felt. Also, the prices of the commodities have hiked to an extent. NAFED’s decision to start tur procurement was mainly to correct the price slide. So, it is better to put faith in the Indian government and trust its actions. 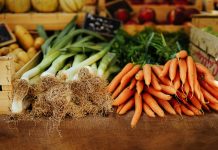 Nasik to get a modern private agriculture mandi 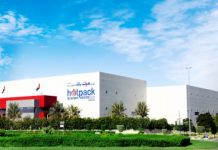 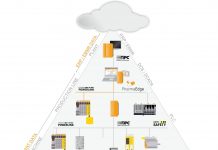