In 2018, AgNext partnered with the Tea Research Association to accelerate data-driven technology TRAGNEXT in the tea industry. The vision is to eradicate the traditional human-led manual methods of checking the tea quality that lacks visibility and authenticity of the assessments, resulting in improper pricing to the farmers.

According to AgNext, TRAGNEXT is the first of its kind solution that automatically determines the fine leaf count without human intervention, removing subjectivity, reducing the process to seconds, and improving overall accuracy. The initial deployments have been done in tea estates of prestigious clients like Goodricke, Rossell Tea, and Bokahola Tea. The Tea Board of India has installed two machines in West Bengal and one in Assam. The demand was phenomenal, therefore TRAGNEXT has now deployed in CISTA, the hub of Small Tea Growers at Jalpaiguri district of West Bengal.

Commenting on account of Small Tea Growers, Bijoy Gopal Chakroborty, president-Confederation of Indian small tea growers associations (CISTA), said, “AgNext has found favor with growers and needs to be expanded. There is a need to digitize the tea industry in a big way so that it becomes a tech-savvy industry in the future. We have witnessed small tea growers becoming tech savvy and smart. With the technological advancements, we aim to take the quality produce of STGs to international export markets.”

TRAGNEXT, with its Computer vision-based technology, the 1 Kg sample of tea can count the percentage of FLC (Fine Leaf Count) and coarse leaf within 2 minutes, giving accurate results, proper incentivization of the farmers, and curbing yield loss for buyers. It also determines the leaves’ surface moisture, which also plays a crucial role in quality procurement. The hardware device dries up the leaves to remove the surface moisture, separates the leaves on the conveyor belt, and computer vision counts the FLC to give accurate results.

Adding to this, Taranjeet Singh Bhamra, chief executive officer AgNext, said, “The tea industry is at the cusp of transforming itself and it would be facilitated by unlocking AI and data-driven technologies. I am thankful to TRA for putting trust in us and holding hands to bring a wave of transformation in the Tea industry of India.”

“Since nearly 50% of the tea industry is dominated by the small tea growers and bought leaf factories and quality plays a major role in determining prices. TRAGNEXT is a disruptive technology which is coming into action. Indian tea Industry hasn’t seen any transformation in the last 40 year in the way fine leaves are counted. The use of this technology will change the way tea businesses operate, bring a fair pricing model and boost up the exports.” said Tea Board of India and TRA’s chairman Prabhat K Bezboruah.

Atul Asthana, managing director and chief executive officer of Goodricke Group, said, “Fine Leaf Count is a very important aspect in the tea industry. To do an accurate & immediate check on the quality and eliminate human errors, this machine will be beneficial for the whole tea industry.”

Joydeep Phukan, principal officer and secretary – TRA India, said, “Integration of technology is the need of the hour and integration needs to be undertaken both at the front end and backend to realize the full value of the value chain and also facilitate product diversification and creation of new markets.”

India is the second-largest producer of tea, producing 1,339.70 million kgs. At the same time, it stands fourth in terms of export after Kenya, China, and Sri Lanka, which produce approximately 1/4th of what India produces. Assam and West Bengal are the largest tea producers in India, and Assam alone accounts for 52 percent of India’s tea. India’s produce is consumed locally as it is one of the world’s largest tea consumers, with about three-fourths of the country’s total produce consumed locally. The deployments by AgNext are a step towards making India a leading exporter of tea and aims to deploy more than 100 solutions by March 2021.

Founded in 2016, AgNext was started with a vision to use technology to bring rapid quality assessment and traceability solutions in the agriculture business. It was incepted with a vision to increase transparency, procurement effectiveness, and food safety in agribusinesses and benefit various stakeholders along the way. 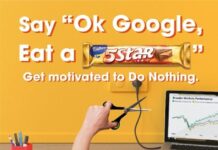 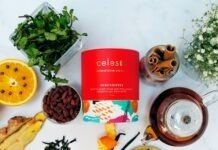 Tech – A game-changer for tea businesses

Stride Ventures backs Stellapps with fresh round of debt funding