Piperleaf, the company that is said to have made India’s first plant-based mylk chocolate, is here to further its mission of making plant-based foods more accessible to everyone – this time with their revolutionary addition to the list which is almost unheard of in India – plant-based egg alternative.  Piperleaf started off with traditional flavors of mylk and Dark chocolate but since its inception, the team has been working incessantly to create a wide variety of plant-based food products that have the potential to eliminate the need for animal-derived foods in one’s life.

With its plant-based egg, Piperleaf does not just intend to provide a protein alternative to those following a vegan lifestyle but to everyone who wants to consciously make healthier and more environment-friendly choices.

Anshul Agarwal, founder of Piperleaf, adopted a vegan lifestyle in 2019. As a vegetarian since childhood, he used to consume dairy products and eggs on a regular basis.

“I struggled a lot to find plant-based alternatives to dairy and eggs that I was so accustomed to consuming before turning vegan. That is when I realized the biggest barrier that stops people from turning vegan. The lack of accessible alternatives to products that have become a part of our routine life which can replicate the taste and nutrition of animal-based foods. It had become very evident to me that there is a huge void that exists in the plant-based industry. There are hardly any companies in India that are actively working towards creating plant-based eggs, largely because of the trouble caused in mirroring the taste and texture of a regular egg. This sparked my interest and I decided to make Piperleaf the pioneer of such plant-based alternatives that serve both your palate and the planet.”

Piperleaf envisions becoming the largest plant-based company that caters to all your food cravings, daily necessities, and nutritional requirements.

Team Piperleaf has worked incessantly to finally achieve the desired product which tastes like an egg, smells like an egg, looks like an egg, and is healthier than an egg. Everyone can enjoy Piperleaf’s vegan eggs without any guilt.

Piperleaf vegan eggs are legume-based and cruelty-free, soy-free, and do not contain any artificial additives. Its team of food technologists, after thorough research, has also ensured that the nutritional requirements of high protein and fiber are fulfilled by these eggs. You can use it to make a wide number of dishes that you cook using regular eggs including scrambled eggs, omelets, and even in baking. Piperleaf’s objective was to create an alternative that is more stable, easier to cook, better in taste, and even affordable. This is why the company decided to work on a more unconventional premix format than the usual liquid. As the plant-based egg comes as a premix, it has a longer shelf life as well.

Piperleaf plans to launch its eggs in the Indian market very soon and will ensure that it is available through multiple channels to make alternative protein options more accessible to all those who want it.

Stay tuned to get your hands on this guilt-free egg and immerse yourself in Piperleaf’s plant-based goodness. 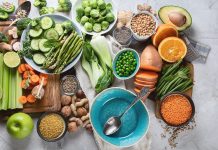 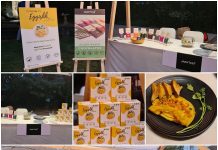 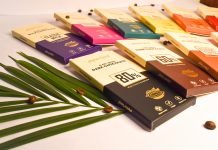 Disruption of new food projects and changes in direction