In a comprehensive article in DownToEarth dated 1 August 2022, Shagun reported that the failure of the monsoon in June has meant that in the Kharif crop this year the area under c cultivation has fallen by 13.27% at the end of July. According to data released by the union agriculture ministry, 23.15 million hectares (MHA) of paddy were sown by 29 July 2022 which is 3.55 MHA less than what was sown in the corresponding June-July sowing season for rice in 2021. The gap between this year’s paddy acreage and a normal season is significant – a shortfall of 41.6% from the normal acreage of 41.31 MHA.

While less paddy acreage is reported in 17 states, at least six leading rice-producing states have reported a deficit in rainfall. In these six states – West Bengal, Uttar Pradesh, Bihar, Jharkhand, Mizoram, and Tripura there are large districts with large rainfall deficits. Jharkhand has reported 47% less rain this year. Acreage has also fallen considerably for arhar and maize, both important Kharif crops.

The expected bumper wheat crop was ultimately a disappointment due to the scorching heat wave in March. It resulted in a record drop of 56.6% in the government’s wheat procurement for the 2022-23 rabi marketing season. The substitution of rice for wheat in the public distribution system together with lower production led to the rise in rice prices. According to the union ministry of Consumer Affairs, rice prices were at Rs 37.02 per kg as of July 31. They have risen from Rs 36.41 per kg a month ago and even more from Rs 35.55 a year ago. 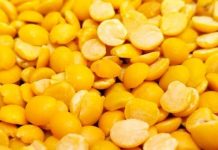 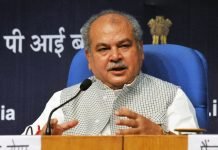 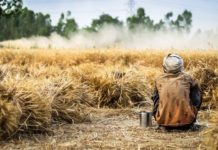 Wheat and rice procurement picks up pace amid lockdown