The European Commission (EU) confirmed plans to delay legislation reform that would protect consumers from hazardous chemicals, including those used in food, much to the dismay of health and environmental campaigners.

“Consumers are widely exposed to chemicals present in products, from toys and childcare articles to food contact materials, cosmetics, furniture, and textiles, to name a few, and millions of workers across the EU daily come into contact with chemical agents that can be harmful to them,” reads a 2020 Commission communication.

‘Game over’ for chemicals regulation?

According to The European Environmental Bureau (EEB), a network of around 170 environmental citizen organizations, the delay was effectively ‘game over’ for chemicals regulation under this Commission. With European Parliament elections in 2024, the EEB pointed out that no complex reform has ever been completed in such a short period of time.

“EU officials’ hard work in delivering a transformative Green Deal legislative roadmap is bogged down by last-minute political decisions coming from top-level Commissioners. This unjustified self-sabotage only responds to political and industry pressure. People are asking for bold policies to speed up the pace of change towards a clean, resilient and toxic-free future.” said Patrick ten Brink, the EEB’s secretary general.

The REACH revision is part of a broader review of EU chemicals policy announced in 2020, known as the ‘Chemicals Strategy for Sustainability’ that looks to revise EU laws to eliminate toxic chemicals from consumers’ lives. Attempts at reform have had mixed success with the commission originally promising to deliver the REACH revision by the end of 2022.

The key issue here is if the reform is not adopted before 2024, the revisions cannot come into force till 2028, further delaying any meaningful action on the environmental crisis. In an attempt to keep the pressure on, EU environmental ministers from Austria, Belgium, Denmark, Finland, Luxembourg, Norway, Spain and Sweden sent a joint letter to the European Commission in early June 2022 “to reiterate our strong support for the Chemicals Strategy for Sustainability.”

Cefic and BusinessEurope speaks for industry

For now, efforts by the reform’s proponents appear to have been in vain as the chemicals industry and political allies chalk up the decision as a small victory in support of their much-maligned sector.

Reacting to changes to the commission work programmed for next year, Markus Beyrer, Director General of Business Europe, a Brussels-based organisation pushing for growth and competitiveness at the European level, spoke of the need to offset the administrative and financial burden.

He said,“We ask law-makers to create breathing space for our companies, be it regarding new, pending or existing legislation. The Commission carrying out an inventory of proposals, which hamper our recovery, can achieve this. Carefully assessing relevant new proposals once they are published and hold the Commission accountable to the promise of not doing business as usual. The European Commission’s chemicals strategy wants to step up enforcement of these laws, which BEUC welcomes.” 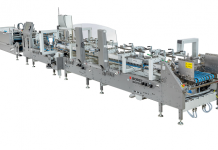 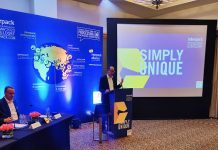 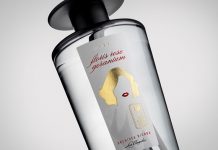 Conference on food for fitness