The Schwaebisch Hall-based company Gasti (a part of Ima Dairy & Food group) celebrates its 120th anniversary in November 2020. Take a look back at more than a century of innovation in the packaging machinery sector.

It has all started at Gasti back in the year 1900 when the glue manufacturer Adolf Diemer was tired of manually filling leather grease (shoe polish) into cans. It was a mess, especially when the cans were overfilled, and the sticky grease was spreading on tables and floors. So he looked for a technical solution and remembered an old light-casting machine in the attic used to make stearin candles. Adolf Diemer’s vague idea was to use this machine to fill the leather grease into cans. He instructed his mechanic Karl Ganzhorn to convert them, who – after much trial and error proudly demonstrated the result in the small workshop: a pouring trolley – basically the first filling machine.

A friend who was the owner of the Werner & Metz company in Mainz examined the “Ganzhorn” filling machines and immediately ordered ten pieces – for the production of “Erdal” shoe polish, which already enjoyed a worldwide reputation at that time.

Ganzhorn had to complete this first order for 10 pouring trolleys on its own within a short period. He didn’t like the massive order since, after all, he was employed by Diemer. However, the glue manufacturer encouraged him to set up his own company and even did a small workshop in Klingenweg in Schwäbisch Hall.

Karl Ganzhorn started his own business the same year. He was obsessed with his work. His variety of ideas was incredible. He designed and built dozens of gadgets and small machines. To be able to cope with the work, he soon needed employees. They had to be paid, of course, and he needed capital. That is why he teamed up with Friedrich Kling in 1905. Kling joined the company as a so-called “silent partner”. Ganzhorn & Kling was the new company name.

In addition to the pouring and filling trolleys, they also manufactured filling hoppers for bottles and other useful equipment soon, and the orders piled up. In World War I, the company was given special order — manufacturing of filling machines for army catering. Only the fillers for milk remained for the homeland. Ganzhorn and Kling separated in the middle of World War I.

With the entry of a new partner, watchmaker Wilhelm Stirn, Ganzhorn & Stirn continued to develop. From June 16, 1916, Stirn was the sole owner (when the company was taken over, it consisted of 18 workers and five employees), and Karl Ganzhorn left the company. Due to the high respect for the company founder, Ganzhorn & Stirn became the new company name. In addition, Kling and Stirn sound quite similar, and there was also the hope to benefit from the already established and well reputed original name.

Stirn was a man of visions, and the volume of orders grew steadily. Soon, the backyard workshop in Klingenweg became too small. Stirn searched and found a new domicile. In 1919 he and his people moved to the former cement factory in Steinbach. In 1921 the company already had more than 100 employees. More and more effective machines and devices were built. In addition to shoe polish, products such as eau de Cologne, honey and mayonnaise, margarine and processed cheese, jam and cough syrup, tomato paste, and liqueurs should be packed. Bottles, cans, jugs, canisters, and tubes should be used as containers. Each customer got his special equipment and Wilhelm Stirn was very successful with his new ideas. A real tinkerer and inventor. “Doesn’t work” didn’t exist at Ganzhorn & Stirn. Soon after, the shorter company name Gasti was formed from GA for Ganzhorn and STI for Stirn.

In 1947 Wilhelm Stirn passed away, and Margarete Sehl-Stirn put the management in the hands of her husband, Hans Sehl, who successfully managed the company, which had grown to 300 employees in the meantime.

In the 1950s, Gasti introduced its first filling machines for tubes (Gnom), manufactured in series. Dieter Sehl (son of Hans Sehl) began planning the business in Hessental at an early stage, as a progressive business organization was no longer possible at the old facility in Steinbach.

Aseptic processing as a competitive edge

In the 1970s, Gasti became one of the first suppliers to develop special machinery for sterile cup packaging. This was a pioneering and successful development, as it had previously been impossible to offer long shelf lives for dairy products that were not refrigerated.

In 1977 the first aseptic filling and sealing machine (DOGASEPTIC 42) with a sealless dosing system was delivered. As a result, Gasti added aseptic machines to its product portfolio.

In 1978 the 500th Gasti packaging machine was produced and delivered to the customer.

The success story continued in the following years. In 1981 the owner Dieter Sehl sold the company with 450 employees to Rheinmetall AG. At that time, Gasti, a large variety of machines were sold into many countries globally wide. A success story began with the participation in the ‘Middle East Electricity & Electronics’ trade fair in Jeddah in 1983 and the sale of the DOGATHERM 12DR to an Arabian company. This customer in Kingdom Saudi Arabia has nowadays installed 17 machines from the CONTITHERM series on which mainly yogurt is filled.

In 2000, the IWKA Group took over the company from Rheinmetall, and in 2007 the packaging machine division of IWKA AG was sold and joined the Odenwald & Cie portfolio and was introduced as OYSTER Group to the market. At the end of 2014, the OYSTER Group was sold to the Italian packaging machine manufacturer IMA SpA and the IMA Dairy & Food division – to which Gasti belongs – was created. At the end of 2018, Thomas Becker took over 60% of the shares in the IMA Dairy & Food group; IMA SpA still owns 40%.

Based in Schwaebisch Hall-Hessental, the company specializes in continuous filling and sealing machines for liquid and pasty products in prefabricated cups made of plastic or cardboard-plastic composites. For example, this year, a CONTITHERM 123 with an output of 28,000 cups an hour for filling soy yogurt and an aseptic machine DOGASEPTIC 82 with 19,200 cups an hour for filling yogurt have been installed with two different Chinese customers. Another DOGASEPTIC for filling caffè latte will be shipped to South East Asia in December.

The packaging machinery sector has been subject to constant changes over the past 120 years. Gasti said it always managed to pick up on changing market demands early on, continually setting new trends. As a result, the company’s customers have always been supplied with reliable and innovative machines that always have one thing in common – the very highest quality standards, said Gasti. 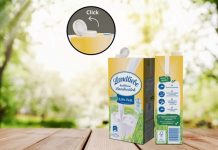 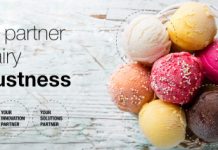