In a move towards ensuring a safe packaging environment in the country, the Bureau of Indian Standards (BIS) recently prohibited toluene-based inks for food packaging applications under a revision of its IS15495 regulation ill-effects of toluene on human health and environment. Mandeep Kaur and Naresh Khanna discussed this topic and others in a conversation with the DIC India’s managing director and CEO Manish Bhatia.

Noida-based DIC India (a part of the DIC Corporation based in Japan) is one of India’s largest printing ink manufacturers, with R & D centers in Kolkata and Noida and manufacturing facilities in Noida, Ahmedabad, Bengaluru, and Kolkata. The company marks its presence in UV, UV flexo, conventional sheetfed, flexible gravure, and CI flexo inks. It is also present in the industrial adhesive segment. As one of the oldest global ink companies present in the country, DIC worked closely with the BIS standardization committee on the ban of toluene-based inks.

Speaking about the new regulations, Manish Bhatia, managing director and chief executive officer of DIC India, says, “We have developed platforms, price points, and solutions for non-toluene.” The company had developed these solutions for flexible packaging in Indian conditions for more than two years, long before the standards committee came up with the impending toluene ink ban regulation. “As we speak, we are ready, and we are producing. It is not that the ban has come, and we need to start something fresh. We were always there; it is just that now the market has to take cognizance about what is going to happen.”

“As a company, we welcome this step, as we see this augurs well for Indian consumers because it makes the packaging solutions more health-conscious.” However, he thinks some challenges in compliance with the new regulations may widen the gap between the MSME converters and the larger companies because of the technology’s nature, which he hopes will be resolved over time.

DIC has taken a step further in raising customers’ awareness of BIS’s recent toluene ban. Bhatia explains, “During the lockdown, a lot of converters reached out to us, stating that they encountered problems while restarting their machines. By leveraging our digital program, DIC Konnect, apart from sorting out the immediate challenges of restarting their presses, we helped them adopt new printing methods, and educated them on the coming new standards and the law.” The company conducted over 50 webinars to educate converters on restarting presses without any wastage of inks and has conducted close to 200 connects over the last 45 days.

DIC has separate manufacturing plants for standard toluene and non-toluene-based inks. Speaking on the price constraints of non-toluene inks, he says, “We were actively looking at the price challenge when the converters brought it up. We are working on it so that the final cost of the printed laminate can be minimized.” He believes that the ban’s impact would be minimal since it is bound to be driven by legislation. “It may cause a small increase or a very minute increase in overall expenditure which is bound to happen, but soon it will put the whole packaging environment in sync with global platforms.”

He also addressed the contamination challenges that converters face when toluene and non-toluene inks run on the same press. He underlines, “BIS has to play a vital role in drafting the legislation’s announcements where a degree of contamination may be allowed. However, when we have this kind of discussion with our customers, they start evaluating when they can go for non-toluene inks for both food and non-food applications. I feel that there would be a small segment who will use both kinds of ink in the intermediate period, but ultimately the whole industry is likely to migrate or evolve to using just non-toluene inks.”

Focus on sustainability and better laminates

According to Bhatia, in flexible packaging, the laminate focus is driven by sustainability, recyclability, and down-gauging so that the cost can be managed irrespective of the use of toluene and non-toluene inks. “The premium and mid-segment consumer brands understand the cost of not doing so at the cost of sustainability from their value principles, and this is going to drive better laminate usage.”

He also highlights that the ban is geared towards food safety to make food packaging safer, “The fundamental focus is on food safety; if it were only the health of the workers in the food packaging plants, then the new regulation would not be restricted to food packaging. As society and consumers welcome the move towards more sustainable inks, we need to focus more on those sustainable solutions.”

On the overall economic recovery

DIC has seen a recovery in June and July, and it remains at the same marginal levels with up and down moments. Bhatia sees a good comeback on the packaging side, “Every month has an improvement over the prior month. The increased focus on packaged foods has seen a strong shift from loose (unpacked) food due to the pandemic. In addition, the increase in unit consumption of the larger pack sizes has become more retail-oriented, which augurs well for ink consumption.”

He adds that consumer sentiment will come into play during the festival season, and there could be a jump of 30 to 40% in consumption. “For full recovery, we are projecting the next six or nine months. After the festival season, there may be a moderated recovery pace for six months and a baseline correction after March. Beyond that, there will be a definite spike.”

Recovery of the Indian newspaper industry

Speaking of the newspaper industry, Bhatia said, during the Covid-19 pandemic, it went down by 75 to 80%, although with 35 to 45% of readers still putting their trust in printed newspapers as the most reliable news source. He says, “According to our sources, newspaper circulation levels are hovering between 55 to 60% now. The industry faced challenges during the pandemic — lack of last-mile connectivity, lack of normal sales channels including newsstands and the lack of advertising from public and government sectors.”

However, he added that some brand owners are looking at coming back with advertising support. “It is because the TV media is becoming highly fragmented and they still see newspaper communication and print as a good medium. We have seen bigger traction in the vernacular language papers. I would give 6 to 9 months for the recovery, and I feel the next two to three months are very critical, but with the IPL cricket tournament and other festivities coming, it will look better. I think it will have the longest recovery curve. However, it should come back very close to where it was in the pre-Covid era,” Bhatia believes. 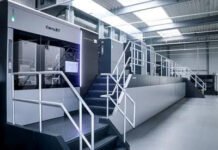 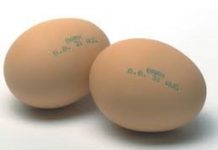 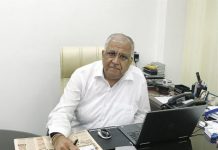 Brand owners should convince customers to pay for recycling