FSSAI’s new branch offices will be in Bhopal, Chandigarh, Ahmedabad, Bengaluru, Visakhapatnam, Hyderabad, and the new import offices will be at Attari, Kandla, Raxaul, and Krishnapatnam.

FSSAI plans to set up two new food laboratories at Mumbai JNPT and Chennai. Built-up space for the purpose is being taken on long-term lease from Chennai and JNPT Mumbai port authorities. FSSAI has recently upgraded its food laboratory at Ghaziabad which is being successfully run on PPPmode now. According to reports, work on the up-gradation of Kolkata food laboratory is in an advanced stage and will soon be completed. FSSAI also plans to strengthen its laboratory extension centers at Sanauli and Raxaul on the Indo-Nepal border to full-fledged food labs.

While inaugurating the north regional office of FSSAI at Ghaziabad, Rita Teaotia, chairperson, FSSAI said that the expansion of the network of FSSAI offices and laboratories is to ensure that FSSAI has a Pan-India presence. This would help FSSAI to strengthen its inspection and enforcement activities and have better control of imported food. The location of new offices has been decided after taking into account the workload of food imports and central licensing at various places. The work on the identification of space for new offices has been initiated.

While expressing satisfaction at the progress over the past four years, Pawan Agarwal, chief executive officer, FSSAI, said that a lot of work remains to be done. He pointed out, “While all issues of food safety and nutrition in the country have not been addressed, there is now a correct diagnosis and a proper treatment regimen available to address all the safety issues comprehensively.”

Agarwal, who is soon joining as secretary – Consumer Affairs Department said, “Building a public institution like the food safety authority is not a sprint, it is like a marathon. At times we may appear slower than others, but eventually, we have to be ahead. To do that, FSSAI has built a solid culture of collaboration, inter-disciplinary approach, diversity, excellence, empathy, social consciousness, transparency, integrity, and long-term vision over short term rewards.”

Agarwal concluded that ‘intense scrutiny, greater visibility, and full commitment has helped FSSAI to become a better public institution and a model regulator that other countries around the world could emulate.’ 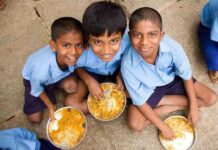 No junk food in schools, ad & sales banned within 50 meters of campus 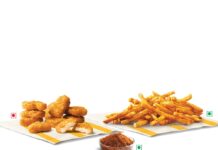