Until now, Gea Red heat pumps could only be fitted with an evaporator system charged with a liquid secondary refrigerant. Such a heat pump connected to an existing chiller system needs to be based on a hydraulic cycle, for example, the cooling water for a chiller with a liquid condenser said Gea. The new Gea Red heat pump cascade version allows clients to add the heat pump onto any existing refrigeration system while using one ammonia cascade heat exchanger that works as the condenser for the chiller as the evaporator for the heat pump stage.

This set-up generates much smaller approach temperatures compared with cascade systems with intermediate liquid cycles. The chiller can condense at lower temperatures while the heat pump evaporates at higher temperatures resulting in an efficiency increase of up to 10%. This means that two separate heat exchangers and the hydraulic cycle become redundant. Both increased efficiency (less energy consumption) and less capital investment provide a considerable reduction in the Total Cost of Ownership (TCO) and help to reduce CO2 emissions.

Gea RedAstrum capacity range grows by up to 190%

The swept volume range of the available screw compressors, and therefore the Gea RedAstrum series’s capacity range, has increased by 80% to nearly 190% (depending on the operating conditions).

Sustainability is an investment in the future

Environmental protection and sustainable plants are essential concerns for both Gea and its customers. Gea’s efficient ammonia heat pumps make a fundamental contribution to a future-proof installation reducing both TCO and CO2 emissions. 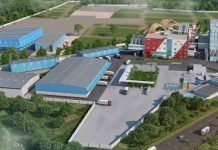 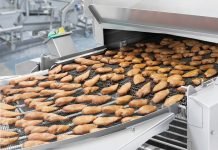 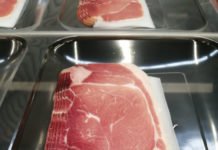