At the conclusion of COP27 in Sharm el-Sheikh, Egypt, on 19 November 2022 the UN Secretary-General Antonio Guterres said, “From the beginning, this conference has been driven by two overriding themes: justice and ambition. Justice for those on the frontlines who did so little to cause the crisis – including the victims of the recent floods in Pakistan that inundated one-third of the country. Ambition to keep the 1.5 degree limit alive and pull humanity back from the climate cliff.

“This COP has taken an important step towards justice. I welcome the decision to establish a loss and damage fund and to operationalize it in the coming period. Clearly this will not be enough, but it is a much-needed political signal to rebuild broken trust. The voices of those on the frontlines of the climate crisis must be heard. The UN system will support this effort every step of the way.

“Justice should also mean several other things: Finally making good on the long-delayed promise of US$ 100 billion a year in climate finance for developing countries; Clarity and a credible roadmap to double adaptation finance; Changing the business models of multilateral development banks and international financial institutions. They must accept more risk and systematically leverage private finance for developing countries at reasonable costs.

“But let’s be clear. Our planet is still in the emergency room. We need to drastically reduce emissions now – and this is an issue this COP did not address. A fund for loss and damage is essential – but it’s not an answer if the climate crisis washes a small island state off the map – or turns an entire African country to desert. The world still needs a giant leap on climate ambition.”

Although there is a fledgling agreement on rich nations financing poor and vulnerable nations for loss and damage caused by climate change historically, there is disappointment in the non-agreement of cutting back on all fossil fuels. Climate change will greatly affect Asia and Africa’s food production and consumption. Since the bulk of the packaging industry in emerging economies is based on the hygienic supply of food, this should be a concern.

Hunger to rise in India and East and South Africa

The number of Indians at risk from hunger in 2030 is expected to be 73.9 million in 2030 and if the effects of climate change were to be factored in, it would increase to 90.6 million, with the aggregate food production index likely to drop from 1.6 to 1.5. India’s food production could drop by 16% and those at risk from hunger could increase by 23% due to climate change, says the International Food Policy Research Institute (IFPRI) report on climate change and food systems.

These projections are part of a model to evaluate the impact of climate change on aggregate food production, consumption (kcal per person per day), the net trade of major food commodity groups, and the population at risk of going hungry. The IMPACT model simulates national and international agricultural markets. It was developed with inputs from scientists from the Consortium of International Agricultural Research Centers (CGIAR) and other leading global economic modelling efforts.

The report projects the average calorie consumption of Indians remaining at the current level of 2,600 kcal per capita per day by 2030 even with climate change. Baseline projections indicate that global food production will grow by about 60% over 2010 levels by 2050, with demand projected to grow more rapidly in developing countries, particularly in Africa, than in developed countries, due to anticipated growth in population and incomes.

However, the long-term impacts of Covid-19 and other current geopolitical factors have not been incorporated in these projections. Also, diets are also shifting to higher-value foods, including more fruits and vegetables, processed and animal-source foods, outside the developed economies. Meat production is likely to double in South Asia and West and Central Africa by 2030 and triple by 2050. Despite this growth, the per capita consumption levels in developing countries will remain less than half of those in developed countries.

By 2050, production of fruit and vegetables is projected to double in Africa and West Asia while production of processed foods is expected to more than double in Southeast Asia and West and Central Africa. By that year, the average dietary energy consumption is projected to increase by about 10% globally to more than 3,000 kcal per capita per day.

However, regional differences in access to food mean that nearly 500 million people will remain at risk of hunger. About 70 million more people will be at risk from hunger because of climate change, including more than 28 million in East and Southern Africa, says the IMPACT report. 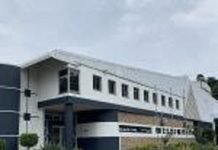