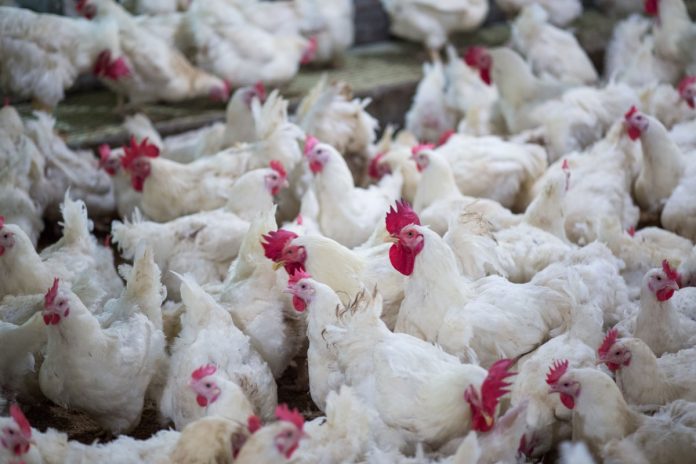 Widespread poultry diseases and growing antimicrobial resistance have emerged as major threats to animal and human health, underlining the need for sustainable alternative solutions to prevent bacterial diseases. Can bacteriophage-based solutions become our crucial allies in addressing these critical concerns? This issue was discussed at a workshop organized by poultry health solutions provider Vetphage Pharmaceuticals, where experts sought to answer this question by educating industry representatives about the benefits of bacteriophage-based feed additives. According to market research, the Indian poultry market, consisting of broilers and eggs for consumption is projected to grow to Rs 4,340 billion (approximately US $ 60 billion) by 2024, growing at a CAGR of 16.2% during 2019-2024.

Bacterial diseases such as Salmonella constitute a significant drain on the poultry industry and cause substantial economic losses every year. In a bid to contain such widespread bacterial infections, farmers are often compelled to use inordinately high quantities of antibiotics, which contribute to the growing problem of antimicrobial resistance. This is where the role of bacteriophages comes into play.

“Bacteriophages are a type of natural microorganisms that attach themselves to a bacterium and subsequently destroy it without causing any harm to the animal or human cells. Moreover, they evolve along with the bacteria, acting as an effective counter to bacterial resistance. While bacteriophages were discovered way back in the early 20th century and were used clinically, they were pushed away from western medicine by antibiotics. We are at the forefront of reviving their clinical usage, particularly in animal husbandry. At Proteon Pharmaceuticals, along with Vetphage Pharmaceuticals, we are working to educate the poultry industry about the benefits of phage therapy and how our products can help Indian farmers promote sustainable farming,” said Dr Marek Rymanowski, head of Veterinary Services, Proteon Pharmaceuticals, based in Poland, Europe.

Vetphage Pharmaceuticals is a subsidiary company of Proteon Pharmaceuticals SA and operates in India and the APEC countries. Proteon has been a pioneering innovator that has developed effective poultry health solutions using naturally occurring microorganisms called ‘bacteriophages’ to eliminate pathogenic bacteria in a natural way.

“One of the major ill-effects of antibiotic usage in both animals and humans is their depletive effect on the diversity of the gut microbiome. This compromises the immune system as the gut is the largest immune organ of the body. The need for antibiotics can be significantly curtailed by adopting poultry feeds based on which include bacteriophages. At the same time, bacterial infections like Salmonella also cause significant disturbances in the chicken gut, weakening the overall bird health.

Excessive use of antibiotics in poultry farming also spills into the food chain. It contributes to the problem of growing antibacterial resistance in humans, which causes dangerously lower responsiveness to antibiotic therapy when it is genuinely needed. Here again, phage therapy offers a viable alternative to reduce antibiotic usage.

Proteon’s revolutionary products – BAFASAL and BAFASAL+G – have been adopted by farmers globally with rich dividends for animal and environmental health. Containing bacterial diseases and maintaining the gut health of animals reduces not only antibiotic usage but also delivers commercial benefits for farmers.