Hyderabad-based AGI glaspac, a manufacturer of integrated container-glass, initiated its new plant work and announced that with the manufacturing of specialty glass, the company foresees topline growth in its revenue by not less than 15-18% by 2022-23. Last week, the company raised an investment of Rs 220 crore to manufacture special glass for premium segments, such as cosmetics, perfumery, personal care, carbonated water, and high-end spirits. These special glasses require an additional layer of printing decoration, design, and detailing work, which is possible only using specific technologies. AGI glaspac aims to attract further investment to complete the work.

For the printing design and decoration of the specialty glass, AGI glaspac will evaluate engaging with Indian start-ups to meet the international standards of printing and decoration. The company has been serving its customers in the liquor, wine, food, chemical, and pharma industry worldwide with commercial and Type1 glass quality for over 40 years. The addition of clear specialty glass to its portfolio will cater to a new customer segment.

Rajesh Khosla, president and chief executive officer of AGI glaspac, said, “The pandemic has resulted in geopolitical disengagement with certain countries. It will leave the glass industry with a huge void and a shortfall of suppliers or importers in the future. We believe that it is a huge opportunity for Indian manufacturers and start-ups for various industries to increase exports and reduce imports. It is a golden opportunity to raise the bar in the international markets for the ‘Made-in-India’ products. AGI glaspac’s entry in the new segment of manufacturing specialty glass is a strategic decision. It will allow us to cater to the much-expected rise in the global demand after the pandemic subsides.”

The first phase of investment of Rs 220 crore will go towards four levels of expenses – civil construction of the plant, machinery and a new furnace, utilities, and finally new team for the development of the newly launched ‘AGI Speciality-Glas Division.’ The company will engage more than 4600 people, including direct and indirect employees. The team’s total strength is 14,700, and it will be 19,300 by the end of 2022, it said.

KT Rama Rao, minister for Municipal Administration and Urban Development, Industry and Commerce, Information Technology, at Telangana state said via Twitter, “Happy to welcome new investments from the HSIL Group into its glass business AGI glaspac, along with plastic pipes business. Many thanks to good friend and Managing Director of HSIL Limited Sandeep Somany for his continued support towards the Telangana state.”

Early this year, the company had announced a geographical expansion with an estimated investment of Rs 700 crore in the eastern part of India. However, due to the pandemic, the company envisaged investment opportunities to expand its existing plant at Bhongir, Telangana. With the ease of doing business at Telangana, the company has chosen the state for the new segment launch. The plan to geographically expand to service the trade-sensitive regions will be taken up later.

The Packaging Products Division of HSIL, AGI glaspac (also known as AGI), was established in 1972 and is one of the leading container-glass manufacturers in the country. AGI has two state-of-the-art facilities, one in Hyderabad and the other in Bhongir, Telangana. They are engaged in the manufacture of high-quality glass containers to meet the stringent and demanding quality standards of the packaging needs of the food, pharmaceuticals, soft drinks, spirits, beer, wine, and other industries.

With an in-house design studio, mold manufacturing, and ACL (Applied Ceramic Labeling) facilities, AGI has fully integrated operations, enabling the manufacture of quality products and ensuring timely deliveries. With the Hyderabad and Bhongir facilities put together, AGI melts around 1600 tons of glass per day. With four furnaces, AGI can commit to the availability of flint, amber, and green glass throughout the year. Apart from the host of the multinationals who comprise a part of AGI’s Indian market, it also has a large customer base in North America, Europe, Africa, and the APAC regions. 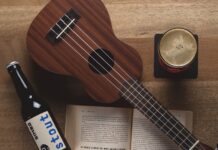 Simba craft beer gears up for the festival season 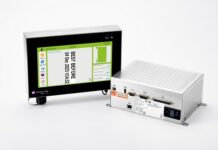 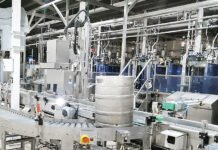