Patanjali Ayurved, Baba Ramdev-led company received the National Company Law Tribunal (NCLT) approval last week to acquire Ruchi Soya in an insolvency process with certain modifications. However, details of the modifications are not clear yet. According to reports, the company will infuse Rs 4,350 crore as equity and debt to settle dues of creditors of the debt-laden Ruchi Soya.

The NCLT order stated that Patanjali will infuse the amount of Rs 4,350 crore in the special purpose vehicle ‘Patanjali Consortium Adhigrahan’ that will be later amalgamated with Ruchi Soya.

According to Ruchi Soya reports, Patanjali group will infuse Rs 204.75 crore as equity and Rs 3,233.36 crore as debt. Also, it will infuse another Rs 900 crore through the subscription of non-convertible debentures and preference shares in the special purpose vehicle. Moreover, it will provide a credit guarantee of nearly Rs 12 crore.

Ruchi Soya shares on the BSE hit 5% upper circuit limit on 9 September 2019, after the company announced that the NCLT has approved Patanjali’s resolution plan. Shares of the company were trading at Rs 4.84 in early trade, which saw a jump following the announcement, against the previous close of Rs 4.61.

In one of our earlier articles, ‘NCLT approves Patanjali’s takeover of Ruchi Soya,’ that NCLT has approved Patanjali’s plan to buy Ruchi Soya, but it demands some clarifications. Ruchi Soya owes over Rs 9,345 crore to financial creditors and another Rs 2,750 crore to operational creditors. According to PTI reports, this resolution comes at over Rs 60% haircut to the lenders. 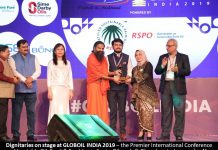 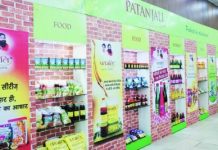