UK based Planit Products, owner of the Toasta bags brand, has added renewable and compostable NatureFlex NVO film to its portfolio for its new microwavable steam bags, sold in Robert Dyas and recently launched in Morrison’s.

Futamura launched NatureFlex NVO in October 2019. It is made from renewable wood pulp sourced from responsibly managed forestry. It is the first certified compostable, heat-sealable film to market, which offers the heat resistance required for conventional and microwave ovens. The new ovenable film offers a host of benefits including heat sealability on both sides, semi-permeability to moisture, a good barrier to oxygen and mineral oils, grease and oil resistance, superb dead-fold, and is inherently anti-static.

The steam bags can be used to steam cook vegetables, meat and fish in the microwave in minutes. Simply bag, seal and cook. Each bag can hold up to four servings and each pack contains 15 bags.

Caroline Kavanagh, managing director at Planit Products, said, “Our journey to find a compostable product that technically performed began two years ago. We worked closely with Futamura to get the product that we needed and were delighted when the ovenable film was approved for launch in 2019. Robert Dyas quickly added our product to their range, and we are thrilled to have now launched in Morrison’s.” 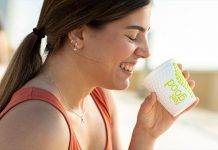