With supermarkets increasingly requesting reclosable packages for grated cheese, dairy producers are seeing the need to incorporate machines that let them produce this type of packaging with the highest production and efficiency levels.

In response to this, the packaging equipment and service provider Ulma Packaging (a part of Ulma Group) has developed a new solution named VTC 800-R continuous vertical wrapper. The new VTC 800-R model, according to the company, allows producing zipper packages at a higher speed than previous models.

The company claims that the new VTC 800-R continuous vertical wrapper is capable of increasing productivity to up to 60 packages per min without losing efficiency and providing easy machine operation. Whereas, in previous models, the production rate was limited to around 35 packages per min with the resealable zipper application.

The VTC 800-R continuous vertical wrappers with a rotating jaw facilitate operation with the zipper as it is applied lengthways, thus making it possible to increase production.

The new model also stands out from the rest of the VTC 800 range, as the company highlights, due to its design concept, focused on ensuring the highest hygiene levels in all processes. With a special washdown design, they offer protection level IP66 with surfaces that facilitate water evacuation. According to Ulma, the results are turning out to be very positive, as confirmed by the numerous requests we are receiving for new units. 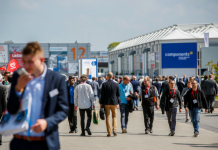 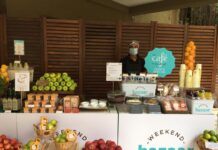 Whey protein -A valuable ingredient for the food industry