The sales of vegan eggs are expected to reach a value of nearly US$ 3.3 billion by 2031, rising at a CAGR of around 8.3%, according to a recent report by the market research and competitive intelligence provider FactMR.

The vegan egg industry is significantly supported because of diseases spread by the consumption of animal-based food. For instance, salmonella germs can be carried by chickens and transmitted to eggs before the shells have formed.

Salmonella is responsible for an estimated 1 million instances of food-borne illnesses in the United States each year. Antibiotic treatment of egg-laying hens has also been connected to the development of antibiotic-resistant salmonella bacteria.

Although liquid egg products are normally pasteurized to kill pathogens before being marketed, they still pose a concern due to their high potential for bacterial contamination and a moisture and nutrition profile that encourages bacterial development. As such, vegan eggs are preferred by consumers who looking for food safety and good health.

Additionally, the need for plant-based egg substitutes is driven by a variety of causes, some of which are more important to consumers and others that are more important to food makers. Notably, hardly any consumers seek eggs as an ingredient in processed goods, despite the fact that many seek egg-free labels, which bodes well for the market for vegan eggs.

Key takeaways from the study

*The US is estimated to have accounted for more than 85.4% of the North American market in 2021, supported by increased demand for processed food.

*According to the FactMR analysis, China is estimated to have accounted for more than 43% of the East Asian market share in 2021, on the back of increased online retailing of vegan eggs.

*Germany is one of the prominent countries in the European market, with a share of 19.5% in 2021, mainly due to increased demand for convenient food and packaged food products.

*Powder vegan eggs are estimated to have accounted for 48.9% market share in 2021 on the back of their wide range of applications.

“Manufacturers are working on continuous innovations to improve the quality of food items. They are adapting numerous technologies, including biotechnology and nanotechnology, to make the process of producing vegan eggs even easier,” says a lead analyst at FactMR.

Vegan eggs are one of the most profitable growth potentials in the industry, with strong demand, particularly in countries such as the United Kingdom, United States, Germany, and the Netherlands, where the bakery industry is growing. However, getting the right formulation can be difficult because vegan eggs do not have the same flavor as fresh eggs or poultry eggs.

Eggs have a wide range of roles in the food industry, including binding, foam stabilization, coagulation, crystallization control, thickening, emulsification, and gelation. They add flavor, increase protein content, and improve the look of baked foods. A wide range of applications of vegan eggs is helping the market grow at a decent pace.

According to a survey by The Plant-Based Foods Association, vegan egg consumption in the United States increased 168% in 2020. Despite the rising business, there are still a few players, as they try to develop vegan eggs that can thicken, leaven, bind, and aerate just like chicken eggs while preserving a similar taste and texture.

For instance, Eat Just is a market leader in the United States, having recently announced that it had sold the equivalent of 100 million eggs. Eat Just sells pre-cooked patties, bottled scramble, and sous vide egg bites that are nearly comparable to chicken eggs in terms of protein and calories.

Mumbai-based EVO foods, UK-based Crackd, and Israeli Zero Egg are among the other emerging worldwide companies. All are predominantly liquid egg producers, with nutritional characteristics and foundation components ranging from pea protein to chickpeas.

The first vegan hard-boiled egg, made of fungus mycoprotein, a key ingredient of plant-based meat, Quorn, was just released by Singaporean OsomeFood.

Vegan egg manufacturing is one of the last frontiers in plant-based cuisine, with fake eggs threatening to destabilize the chicken egg market over the coming years. 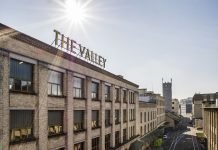 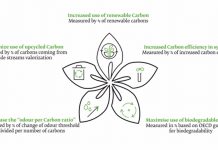