The constant change in decisions by Indonesia has impacted the markets of edible oil in India along with its prices. Last Wednesday, again, the scope of the export ban on raw materials was widened by Indonesia for cooking oil, including refined palm oil and crude oil, among several other raw products. This instance has shocked not only Indians but also the global market.

The Indian market is one of the largest customers of palm oil from Indonesia. However, the situation is now squared after things initially got sorted a few days back when it was cleared that the ban is not going to include crude palm oil.

About 13-13.5 million tons of edible oils are imported by India. In this, 8 to 8.5 million tons are just palm oil. And out of this, about 45% is imported from Indonesia, and the rest comes from Malaysia.

The announcement of a widened ban in the last week triggered fear in trade sources. It is anticipated that if the monthly supplies of about 300,000 to 3,25,000 tons of palm oil pause from May, it will spike the prices of edible oils on a larger scale in India. Besides, the Russia-Ukraine crisis has already affected the oil market of India.

SEA’s (Solvent Extractors’ Association of India) Director-General B.V. Mehta said to the Business Standard that the supplies of sunflower oil have already gone down because of the Russia-Ukraine conflict. It has straightaway reduced from about 250,000 to less than 100,000 tons every month. This has led to a sharp hike in the prices of oil. If Indonesia decides to ban the export of palm oil, things can become much worse for India.

Mehta immediately wants the Government of India to activate diplomatic channels to ward off the catastrophe.

Flip-flop in the statements regarding the ban

The Chief Economic Advisor of Indonesia on Wednesday changed his statement that he said one day before, where he stated that the export ban is only going to cover deodorized, bleached, and refined palm olein. The change was realized to be in line with the decision of the president and after considering the views and feedback from people.

However, President Joko Widodo said to Reuters in a different statement that the need for affordable food is the main priority, and the revenue concerns will be considered later.

After Indonesia’s domestic requirements are met, the export ban is supposed to be lifted because even the country requires taxes, foreign exchange, and a balanced surplus. However, meeting the needs of people is something that deserves a bigger priority.

The market for palm oil has become jittery because of the ban. The situation is so critical that military personnel and navy ships are deployed by Indonesia to take care of illegal shipments.

The hike in oil prices in Indonesia

According to Airlangga, the coordinating minister for Economic Affairs, as mentioned in Business Standard the ban will remain until the bulk cooking oil’s price drops to $0.9720 every liter. In Jakarta, the prices were about $1.32 to $1.39. In other regions, the prices can be higher.

On Sumatra Island’s Riau province, a tremendous drop is seen by small farmers. They fear that palm oil companies are going to stop purchasing from them.

The new rules and regulations to monitor oil export in Indonesia

All the new regulations and rules were to come to action at 17:00 GMT. Several agencies and the navy have been told to increase the patrolling around the waters of Indonesia to make sure the compliance is intact, according to Julius Widjojono, the navy spokesperson whose statement was published in Business Standard.

The future of palm oil on the Malaysian exchange rose by 9.8% on Wednesday because some of the participants in the market feared Indonesian exporters. Thus, they failed to put their products in the vessels at the right time before the beginning of the ban.

After Indonesia decided to extend the ban for including the CPO, American soya oil jumped by over 4%.

Nevertheless, the palm oil export ban by Indonesia is not likely to continue for more than one month because of their limited infrastructure for storing the surplus oil. The government also issued a statement saying it has sufficient in stock already to not cause major problems. Also, the increasing pressure from the purchasers to resume shipments will test their patience and limits. 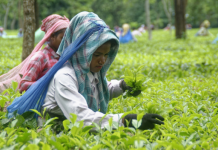 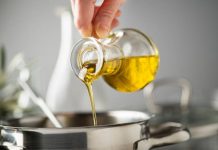 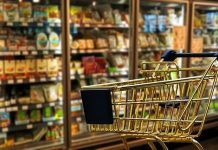 FMCG companies preparing themselves for a new wave of Covid-19